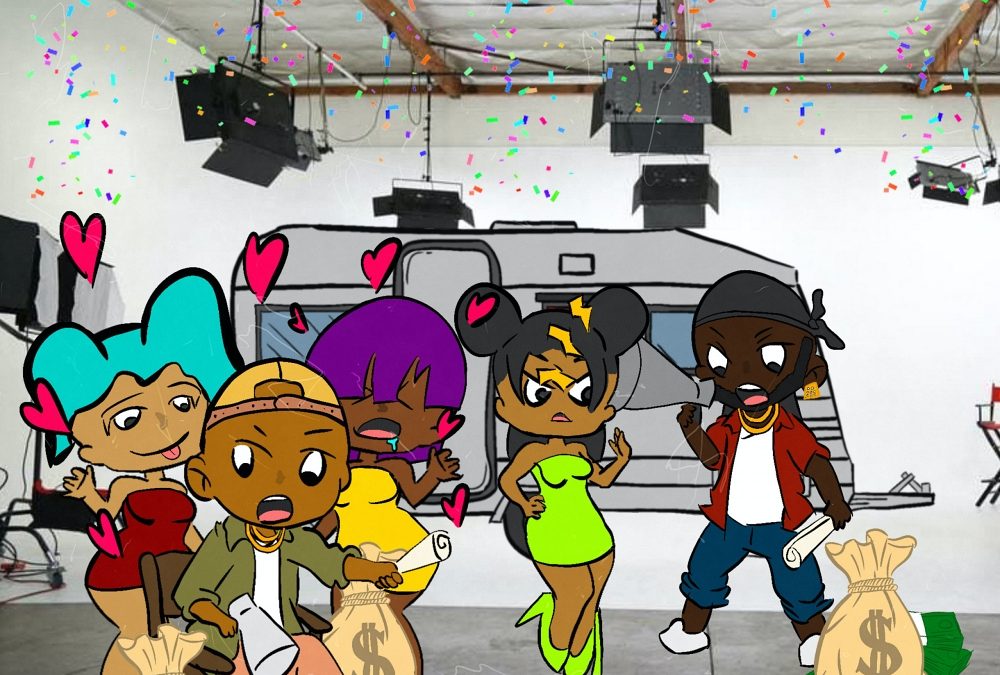 QuanDot is one of the hottest artists on Ohio-based multimedia &amp; music technology company USIC’s roster. The Canadian-American hip-hop star has already shown immense versatility and viral capabilities as he’s risen in the new decade. Recent singles like “Love Me,” “Big Beams,” and his notorious “Don’t Pass The Blunt Challenge” on IG have catapulted him into the spotlight. Since his initial 2018 releases, QuanDot is back with a joint tape with fellow Columbus, OH spitter Mone 2much titled Behind The Scenes. QuanDot is currently boasting a following well over 100k on his Instagram and getting noticeable engagement on anything he posts. He’s currently living in Los Angeles further developing his sound alongside other prominent hustlers. His solid online following is only going to help him bolster his new presence in LA.

QuanDot is on an undeniable upward trajectory. He’s accumulated valuable industry friends from his status in the underground Midwest hip-hop scene. So, it’s only a matter of time before he’s at the right place at the right time. The Behind The Scenes joint tape with Mone 2Much is the perfect splash of QuanDot’s flavor to remind people of the sauce he’s working with.
The tape spans a variety of hyphy and bouncy beats with big bass and clicky high hats. Both artists unleash wet and melodic auto-tune bars over each track. Tracks like “Dreams Filled With Codeine” set the tone in many ways for some of the more zoned-out songs on the tape. Hard features from artists such as 415Rezzo, Jboy, and Wiz accompany Quan and Mone on the dreamy yetunapologetic album.