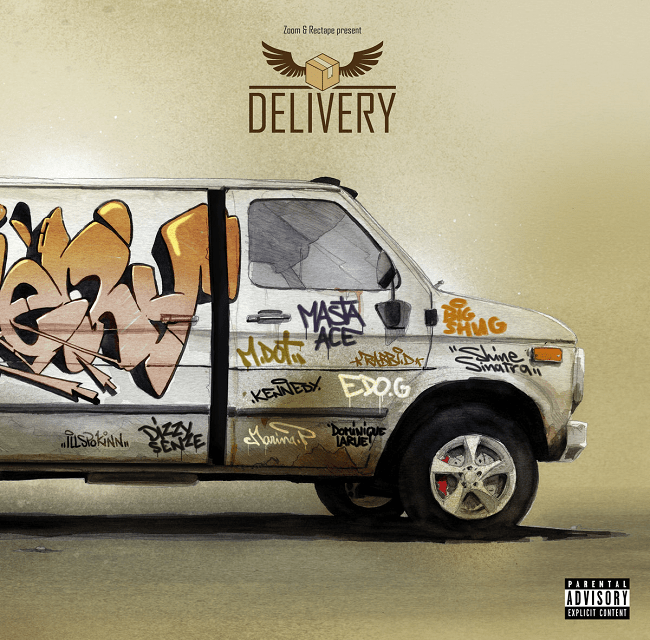 Zoom and Rectape – the French producers are proud to present their debut album “Delivery.” Between boom-bap and modern sounds, this opus is a showcase of what has made hip-hop great over the last 20 years. The prestigious guests are top to bottom, from the legendary Masta Ace to the promising Dizzy Senze. In total, twelve artists answered the call including Edo.G, Big Shug, M-Dot, and more, plus additional scratches throughout by DJ Nelson [DMC World Champion]. The duo met in the collective 13th Looters, the connection was established immediately and the idea of a collaboration took shape. They locked themselves in the studio composing instrumental pieces, connected with artists, shot multiple videos over a year and… “Delivery” was born! #zoom #rectape #delivery