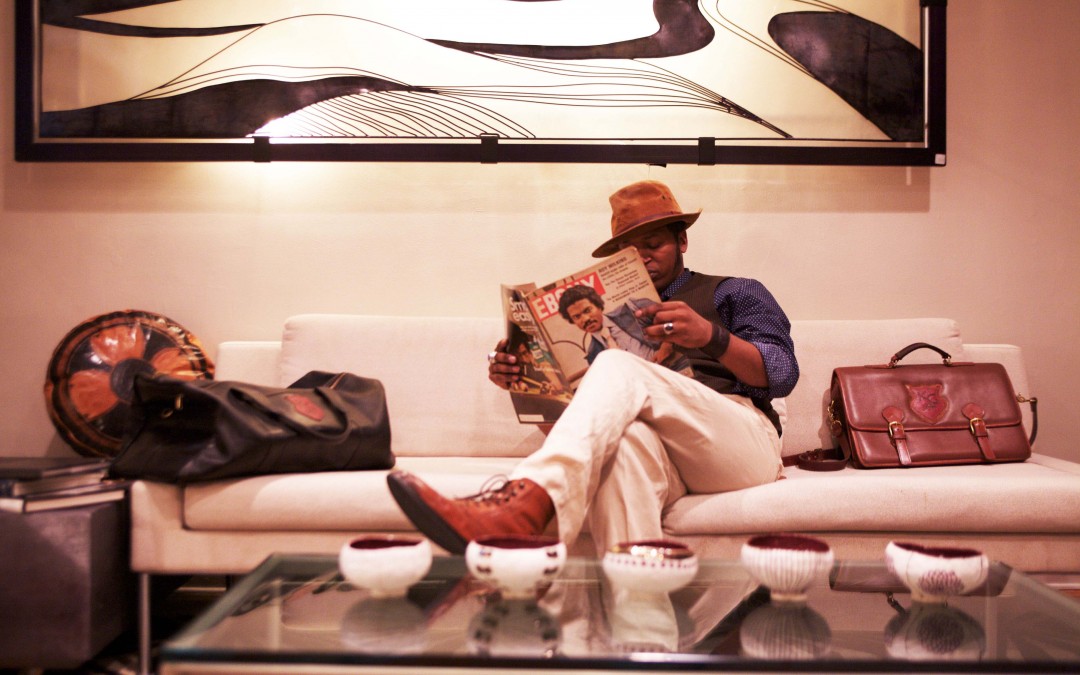 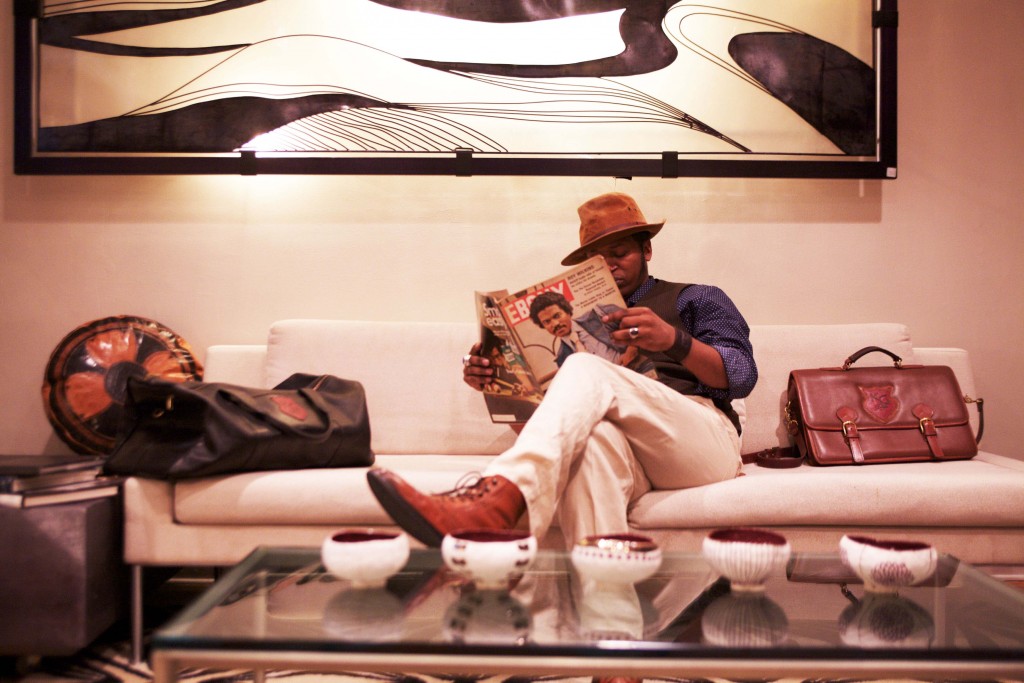 Harlem-based rapper/producer/director and Krushed Grapes Lifestyle owner Cab Cabernet presents the music video for “So Sophisticated”, his new single produced by Roddy Rod and featuring Noni Kai. “So Sophisticated” will appear on Krushed Grapes: Harlem Vintage, his forthcoming album also featuring VonQwest, Kat Starr Johnson and Priciliya Marie as well as production from RTNC (the producer behind Your Old Droog’s album), J. Bless, Declat, Tigga-Bounce, Frank Lotz and White Indian. “So Sophisticated” comes on the heels of the music video for “Suspect” (watch, Cab’s remix of Jidenna’s “Classic Man” (listen), the “Maiden Harlem” video (watch) and the music video for first single “The Lifestyle” (watch). Formerly known as Hanif-Jamiyl of New England group Maspyke (of whom Roddy Rod is also a member, Cabernet performed alongside Mos Def, Q-Tip, Slick Rick and EPMD, co-founded Bukarance Records, and ghostwrote for numerous artists before reinventing himself in 2006, founding a private all-male escort service catering only to female clients and opening a cigar lounge. In 2009 he released the album Krushed Grapes (listen on Soundcloud) and the following year he unveiled Krushed Grapes Footwear, its signature sneaker billed as the world’s first wine lifestyle sneaker (watch the new promo video). He has also announced the fall 2016 addition of the Maduro, billed as “the quintessential cigar lifestyle sneaker”, 100% handmade in Italy. KG Lifestyle also produces handmade leather accessories including wine carriers, cigar cases, briefcases, wallets and hats, sold and customized at the customer’s request. Cab calls his new single “a testimony to the satin smooth, ice cold, braggadocio flow that is signature of Mr. Cabernet. Just lettin’ kats know that can’t see me with the slow flow. The track is straight jazz piano, bass and drums from DJ Roddy Rod, and vocals from Noni Kai carry like Ella in a Monk session. Something to sip & smoke to. Tailor made 3-piece suit, vintage record player, and a hand carved, cherry wood pipe. What’s smoother than that?” 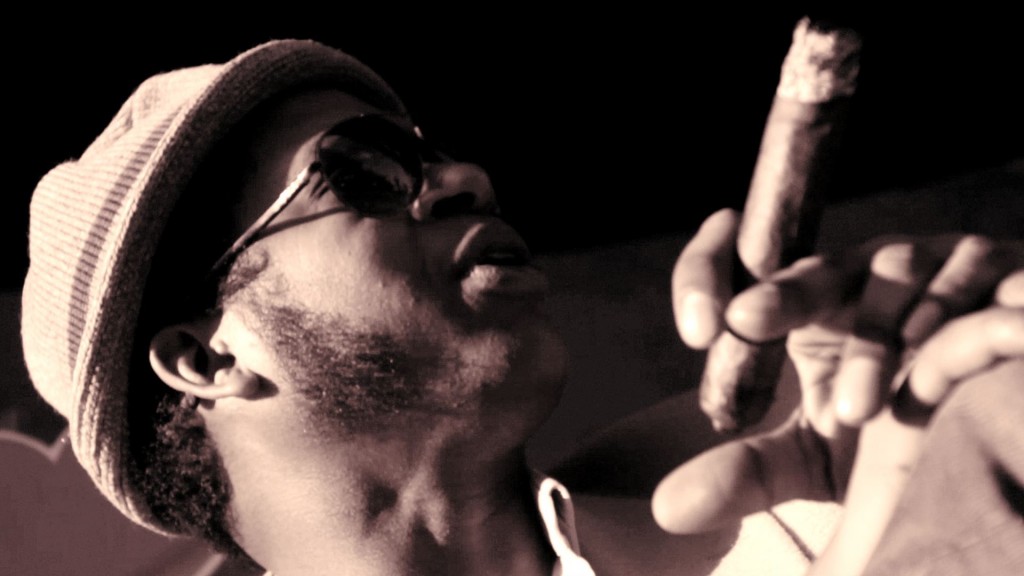 How did you get into the shoemaking business? What motivated the move?

This cat in Finland hit me via email back in 2009. He said he was a big fan of my music and he makes handmade sneakers. I had already had this idea for a wine lifestyle sneaker, and was heavy into the wine world, so KRUSHED GRAPES FOOTWEAR was born.

What are the actual logistics of locating and striking deals with shoemakers in Italy?

I’m not going to get into the exact companies and names involved, as that info is to be sold, not told. It’s less about striking deals, and more about do you have the funds to pay a designer and a manufacturer to produce a handmade shoe. The handmade sneaker market is a bespoke, niche market. Very few people in this world appreciate the old world craftsmanship, time, love, and quality that goes into creating this product, so manufactures welcome the business. Most manufacturers are willing to work with anyone who can pay their production price.

What’s the vibe in Harlem these days?

Harlem USA is experiencing gentrification again, which brings goods and bads to the community. Rent is sky high, the newbies are kinda corny, but it’s still the flyest neighborhood in the city. Rich in history.

As a solid demographic of hiphop fans enter their 30s and 40s, more and more rappers have been trying to appeal to that crowd. What do you think has stopped a rapper from hitting on it squarely?

I’d say nothing has stopped them, and there are plenty of rappers who appeal to that demographic. If you are asking me why these artists are not selling records, or becoming famous in the USA, I’d say that these same fans that they appeal to have to actually go look for these artists online, instead of waiting to be spoon fed by the mainstream labels and media. Those days are over. It’s like when I was growing up, and Rap wasn’t played on mainstream radio or TV daily. You had to tune in on specific nights/days on specific radio/TV shows to get the real. If you really look, and weed through all of the garbage you’ll find plenty of dope. But then the fan has to purchase the music, and attend the live shows, buy the merch, in order to support the rapper, to show them that their music is valuable, and they can actually make a living providing music for the people that appreciate it.

My favorite wine is Circa ’41, and my favorite cigar is Don Diaz. Look for both of these brands in summer 2017 by Cab Cabernet and Krushed Grapes Lifestyle.