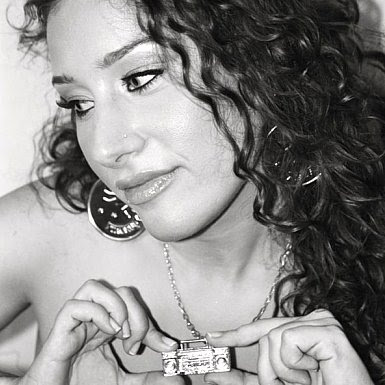 Juno-nominated and widely considered one of Canada’s foremost lyricists, Eternia continues to carry the torch for those Hip Hop aficionados who crave… More. Eternia has toured extensively in Canada, the U.S., Australia, and Europe; those that are lucky enough to catch her live credit her as one of the best live performers they have witnessed. It is Eternia’s ability to convey her personality and life experiences fluidly through her rhymes (in addition to the ease with which she can annihilate people lyrically) that has kept those in the know checking for her for over a decade.


In Episode #10, Eternia introduces the viewers to the musicians she plays with: DJ Boo, Chesney Snow, & Colin Dean. They are joined on stage by Grammy-award winner Maya Azucena for their Encore. Pumpkinhead has to make up for missing E’s set, and as usual E gets the official stamp of approval from a few “co-signs” at the end of the night… then tells ’em what she’s really after.