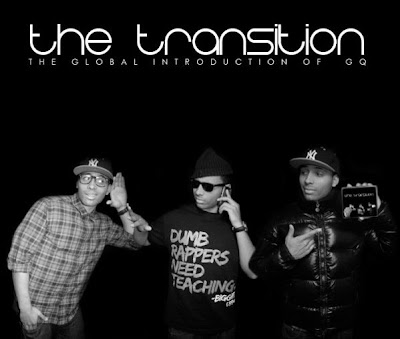 It’s been said that when people hear his music, it reminds them of “Golden Era Rap”. With a contemporary clean-cut style, and down-to-earth persona, “GQ” — born Joel Feliciano — is bringing wickedness with his lyrical content and flow. With the high admirations of artists such as Joe Budden, Nas and, more recently J.Cole, GQ is destined for victory.

GQ was born in the Bronx, and raised in Spanish Harlem. GQ knew he wanted to be a rapper when he first heard AZ’s verse off of Nas’s “Life’s a B****” track from the ‘Illmatic’ album. He later moved to Kingston, New York, where his older cousin exposed him to an actual music studio at the age of 15.

In 2002 GQ formerly known as “Bugsy” went to the next level and came out with a music project called “The Coalition”. Shortly after, GQ came out with another music project called ‘The Wait is Over’ with childhood friend/fellow rapper Cezar Capone and formed T.C.U. . After the success of the two independent releases, GQ decided to take his solo career to the next level by dropping a mixtape called ‘Street Monopoly Vol. 1.’ “This had much success and got me a strong fan base,” GQ said. The mixtape led to fans following him on the Internet and a spot in Source Magazine’s June 2009 Spit 16 series. In addition, GQ has also had the opportunity to show his versatility by modeling in XXL’s October 2008’s Jay-z Edition.

His forthcoming mixtape The Transition is set to drop on the 26th of January 2010; with tracks such as “Black Out” and “Hiatus”, it will blow Hip Hop fans away. “I called the mixtape the transition, because I play a lot of diff roles with my music,” GQ said. “I’m my own manager, artist, fan, and hustler. I play a lot of diff roles so its like the transition from one to the other, and its also saying I am in transition from an up and coming to a star. “

With his different variables of music, GQ manages to paint a picture with his lyrics. “I do music to see how many people think like me,” he said. “For example, when someone says one of my raps is crazy because they were thinking that same thing in they head, or when they feel they are the only person who thinks something is popping, and then I say it in a rhyme, it brings validation that I’m connecting with the people”.