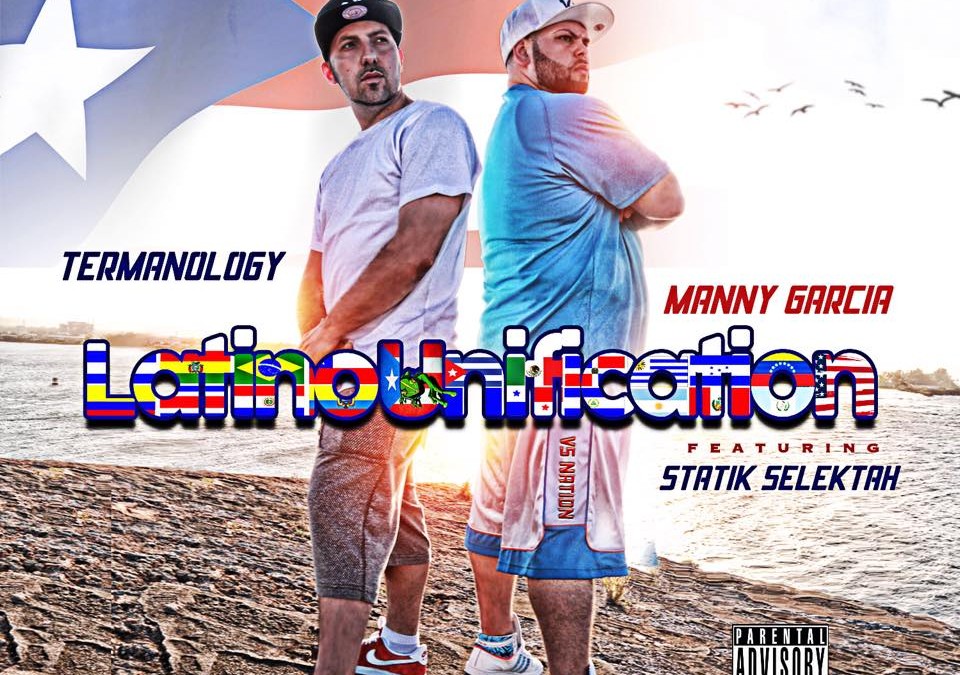 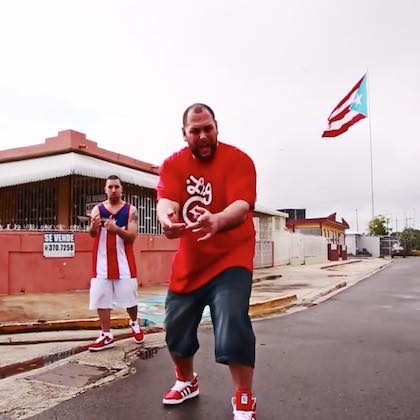 We were recently rejoined by the homie Manny Garica for a interview. Manny Garcia is a Brockton, Massachusetts bred MC. Currently Garcia is a community activist, mentor, athletic coach, as well as a hip hop/rap artist. Garcia has released his single “Latino Unification” Featuring underground Hip Hop/Rap Juggernaut Termanology & world renowned DJ Statik Selektah accompanied by an official music video shot and directed in Puerto Rico by SevOne Media. This single is off of his album “Give Me Just-A-Minute”. The much-anticipated album features other artists such as, Drag-On, Amandi, REKS, Dutch Rebelle, Easy Money, Nore, Chris Rivers (Big Pun’s son), Tony Touch, and many more. With nearly 11 years dedicated to the Hip Hop Culture, Manny is now combining the knowledge and networks obtained over the years with Termanology, who is the executive producing his Give Me Just-A-Minute LP due to drop Winter 2015 under his label Viciouz Society Entertainment LLC.

Q1 – Thanks for stopping by to politick with us. I was reading that you are from Massachussetts. Can you discuss your background and how you fell in love with music?

I appreciate Po Politickin for providing me with this opportunity. I was born & raised in Brockton, MA. My childhood was harder than most. Mom was a single parent. Father was a heroin addict, always in and out of prison. Mom was a single mother of 4 boys. I grew up quick. Had more responsibilities than my peers. Didn’t have a normal childhood. Hip Hop helped me cope w/ the pain, anger, heartache, and stress. I first fell in love with hip hop and music in general when I head Tupac’s “Brendas Gotta Baby”.

Q2 – Can you talk about your name change? What do you think about the fact of being a coach & in hip hop at same time?

I changed my name from Octavian and decided to go by my government name, Manny Garcia, because I realized the purpose behind what it was I wanted to do with my career as an MC as well as a professional educator/sports coach. My purpose is to enlighten the youth, educate my people, become a patriarch within my community. I knew I couldn’t do that if I didn’t embrace who I was as a person; all my flaws, weaknesses, strengths, family history, mistakes, etc… I knew I had to let people into my life and really get to know me for who I am as a minority man striving for change.

Being a football coach and and hip hop artist is a true blessing! I am blessed because through music I can reach people, specifically the youth. Music has the capabilities to transcend generations, ethnicities, socio-economic status, race, gender barriers, etc… I can reach the world through music. My message will live on forever. But through coaching I can directly impact a child’s life. I can be that positive impact on a child and instill morals, values, traditions, culture, and beliefs that are for what ever reason not existent in that child’s life. How both music and coaching work together is I now have a platform to connect with and relate to the kids, Hip Hop music! Not only will the children seek me out as a mentor, coach, father figure, etc… but they look up to me as a role model and as someone who has done it on all levels and I did it the RIGHT way! I can now relate and share common interest with my student athletes. Therefore, I am able to reach them on a more consistent basis effecting change at much more successful rate.

Q3 – I hear some have compared you to Big Pun? What do you think about this?

Big Pun is one of my idols! To be even mentioned in the same breath is an honor within itself. No one could ever replace a Big Pun. I recently worked with his son Chris Rivers. He will be featured on the Latino Unification Remix w/ Nore, Tony Touch, Easy Money, 60 East of First Dirt, Easy Money, Termanology, & myself. To be working with Big Pun’s son is a blessing. To be compared to Big Pun is a true sign that I am on the right path and in the right direction. RIP to the Big Punisher!

Q4 – Speaking of a cult following of fans, who is your most dedicated and loyal fan? (Excluding family members)

My most loyal fans are those that I interact with on social media. I have sold over 120 VSNation and MG shirts via online and sales throughout my area. I have been receiving support from fans in Puerto Rico, Maine, New Hampshire, LA, FL, TX, NY, PA, MA, WA, WI, and so many more locations. Fans in Europe are starting to take notice as well. Social media provides a huge platform to be heard and I have love everyone who has been supporting me and the VS Movement.

Q5 – Can you discuss your current projects and plans for 2015?

As you know I released the Latino Unification single featuring Termanology and Statik Selektah. The remix for the song as I highlighted before w/ Nore, Tony Touch, Easy Money, 60 East of First Dirt, Easy Money, Termanology, & myself is due to drop October 2015 with an official music video shot and directed by SevOne. The album has features from Reks, Dutch Rebelle, Easy Money, and some local cats such as Blak Sea and Left Hook is due to drop in December of 2015 w/ production by Phil Tha Pain, Ready Cee, Billy Loman, and a few others. We are seeking distribution for the album as well as booking shows for a college tour all across the United States. The Plan is to not only release great music but to educate, enlighten, and provide knowledge to those nationwide. The goal is to host Public Speaking Seminars all across the US sharing my story, documentary, and purpose. The goal is to have VSNation become a household name. 2015 is almost over but 2016 will continue and the movement will not stop.

Q6 – Can you describe some more about the Documentary you were in?

The Bridge: Education Through Music Documentary touches on the ever-growing influence music, specifically Hip Hop music, has on our youth is staggering. This documentary film draws from that influence, outlining how to build this so-called “farfetched” bridge between the music industry and education. Viciouz Society Entertainment’s own Manny Garcia takes us on a journey on how he overcame the barriers that were a hindrance to his progression in life. He provides us with a real and raw look into his upbringings, which ultimately lead him on the path he is following today. With the help and support from the BB Russell Alternative School Staff & Students, Surefire Music Group, Noube Productions, Peter J. Caruso, & Jeana Cappra you have been provided with the rare opportunity at a first hand look into how powerful music can be if implemented and taught correctly in an educational atmosphere. Drawing from his own personal and music industry experience, Manny is given the reigns to lead a creative writing project in Mrs. Mitchell’s High School English class. The purpose is to teach students how to use creative writing techniques along with allowing the students to openly express themselves without the fear of being judged. This is accomplished by creating a song writing competition. Provided with the music, donated by Grammy Nominated Producers of Surefire Music Group, the student(s) that reveals the most hunger, drive, determination, & best-written song utilizing creative writing is provided the opportunity to record their song at Surefire Creative Studios in Lowell, MA. During the process Manny provides advice, teaches different formats in writing music, and most importantly reinforces the idea that it is ok to express yourself through creative writing. The brutal honesty and passion Manny exemplifies is 100% pure! As Manny would say “It don’t get any realer than this”. We should embrace our younger generation and provide an outlet for them to express themselves especially in a society as VICIOUZ as ours.

The very first song i would want you to hear is “I’m Gonna Make It” Featuring Amandi That is a must!!! The song is available on iTunes, Google Play, Spotify, Rhapsody, Amazon, and all other online distributors world wide.

Q8 – How was it working with Termanology? When did you 1st get introduced to Termanology? and also Statik Selektah?

Working with Termanology has been nothing short of REMARKABLE! This man took me under his wing and provided me with the opportunity to really do something special musically. He inspired me to be the BEST MC I could be. I have learned more in 6 months rocking with Term than I have learned in almost 11 years in the game. I first wa introduced to Termanology by a very good friend of mine SevOne who is also my video directed and producer. I told SevOne about my plan to do a record about unifying the Latino community and he immediately told me to holla at Term. Sev and Term are good friends. Sev put the call in and gave me the co-sign. Term loved the idea we hit hte studio laid it down and it just grew from there. I worked with Statik in 2007 on my Street Credentialz: Industry Statuz mixtape and he held me down. So I expressed to Term that I wanted Statik to do the cuts. Term made it happen. Statik loved the song. Gave me and Term major props. He spun it on his radio show for Shade 45.

Thank You for your time as well. I want to let anyone and everyone who read this article know that Life is too short. Chase your dreams and don’t take no for an answer. Live life to the fullest but live righteously while doing it. Have a purpose, grow, learn, network, and strive to be the best person you can be! I represent #VSNation and I hope you will too! Visit the following locations to find me and connect with me