No Good People, or NGP, is a breath of fresh air in the music game. A unique group made up of two sets of brothers of Irish and Italian descent, Stress, Sean Strange, Raida and O-Doub were all raised in the Richmond Hill section of Queens, but they did not meet until they had moved to Long Island and ended up in the same high school. Speaking to and for their generation, this four-some has perfected their craft with hard hitting one-liners, tight rhymes, undeniable beats, and the always hilarious and appreciated stab at themselves and others.

We recently politick with the NGP about their career thus far.

Po Politickin: If the No Good People were the Boston Celtics, who would be Rondo,Garnett, Pierce, Allen, etc..

NGP: I think we’re more like the Pistons in the 80’s but for the Celtics I would say that ODoub is like Rondo cause he’s the youngest dude and full of energy, Strange is Garnett cause he yells alot and likes to throw elbows, Raida is Paul Pierce cause he likes to piss people off and Stress is Ray Allen cause he has a bad back but his jump shot is insane.

Po Politickin: What are the current plans and projects for the NGP?

Po Politickin: What would you consider your proudest accomplish?

NGP: There’s been a couple really big accomplishments for us but I would say the first time we heard our song on the radio. That’s a big moment for any artist.

Po Politickin: Tell me about your #1 fan?

NGP: The thing about us is that we really interact with our fans. Fans come to our shows to support us and end up chilling with us and drinking beers and bugging out. We don’t run around like we’re superstars and are too good to talk to fans. Although we do wear sunglasses indoors. Fans come to our shows then a week later we’re at their house party passed out on their couches.

Po Politickin: Thanks for coming thru. Anymore words for the readers, where can we checkout more of your music?

NGP: Listen, we’re the truth. Four dudes who can rap better than anyone you know. We are the greatest thing ever. Check us out at facebook.com/NGPOfficial, twitter.com/NGP_world, youtube.com/ngpworldtv and www.ngpworld.com. You can download our new mixtape for free at these sites. Shoutout to DJ Addition for pushing our music 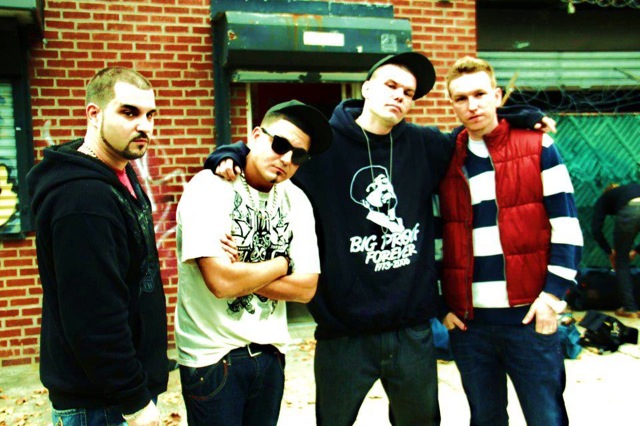