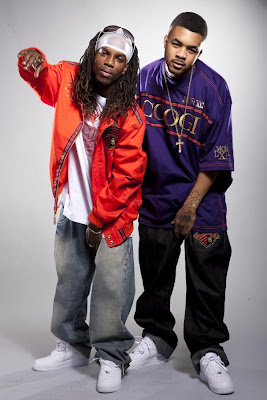 Po: Thanks for stopping by Po Politickin. For our first question, describe a day in the life or SoufSide and Prince.

P & S: A day in the life wit soufside and prince will be, alot of music being played in the background, the phone none stop ringing, a whole lot of movement, we really never just sit in one spot!

Po: Last year, your former group The GS Boyz had a hit single with “Stanky Legg”. Could you discuss the reason(s) for why you decided the leave the group and form a duo? After gaining a certain level of success, was it difficult leaving the group?

P & S: We really just wanted to take the matters in to our own hands and run with it, being in a group you have to keep it one hundred. People wasn’t really talking how they felt about certain things they was just on the wagon, and it should be like that. Everyone should be able to work or do something, and in our eyes we was doing a lot of it, so we did what we had to do, and that was leave them there and let gsboyz be prince and soufside since everyone really just knew us two anyway.

Po: As a duo, how do your complement each other styles? Is there any current hip hop duo that you would compare yourselves to?

P & S: Boosie and Webbie is two rappers we look at, something like how baby and wayne feed off of each other. We both always worked good with one another when it comes to this music and we got this on lock.

Po: I read that you are focused on re-branding your image as duo. Could you discuss your plans for doing this?

P & S: Soufside branded his name perfect on stankylegg, it pops off the song saying his name. everyone knows who he be … just like how he stated on the song. All we have to do this time around is stay humble, drop some more hit tracks, keep dropping them mixtapes and stay putting the city on the map. Once you pass all those then you have something to work with.

Po: Begin in the industry since 2005, what would you consider your most valuable lesson learned? What advice would you give to aspiring artists?

P & S: Don’t forget who helped you get your success, and stay prayed to the boss man!

Po: Thanks for stopping by, I appreciate. Any words for your fans?

P & S: We want to thank our fans for their continued support. Follow us on twitter at @OHBOYPRINCE, @SOUFSIDEHL on myspace http://www.myspace.com/gsboyz, and request our latest single she soufside and prince “She the Best” (dougie fresh) at your local radio station.