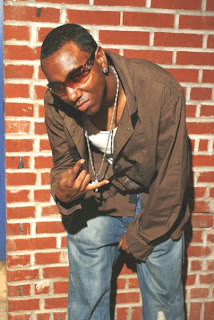 Rap artist, songwriter, and lyricist Rico Paysos, has been perfecting his talents as an emcee for the last seven years. Born and raised in the same place as Hip Hop, “The Boogie Down” Bronx, New York, he would later relocate to Long Island. Rico Paysos speaks about his experiences and about every view of his life as he has seen while walking the top of the devil’s roof. Whether it is cash, drugs, crime, women, lust, dreams, love, struggles and the come up; Rico Paysos is not afraid to share his soul and experience with his audience. His music does not merely speak about life; it is Life, because everyone can relate to it.

1. Tell us a little about yourself?
I’m originally from the South Bronx, I lived the first half of decade of my life in Puerto Rico. I moved to long island when I was like in 2nd grade. I started making music under the direction of the legendary Johnny Juice of Public Enemy. I grew up grindin’ and loccin’. I got knocced in 03, did a stint came home, went to college, got a bachelors in media and communication. I always knew I wanted to make music na mean, and I knew I had to learn the business and how the behind the scenes work. I don’t have intentions in gettin’ G’d out of my paper or rights to my music, and it helped me build myself as an artist because I am capable to administrate all aspects of my career, but na mean right now I’m just focusing on the music and the substance. Gallic Wars & Tawag Promo handle all the in’s and out’s ya dig…Big Caesar, MadMan Lando, Whats Craccin baby!!!

2. How was it growing up?
Growing up was whatever, it got kinda vida loca at one time. I was a regular little nigga into sports and shit. I lost all my male role models that i admired and kept me focused. I ended up in a single parent household and soul in limbo tryin to find himself. I became the A-Typical problem child. I started bangin’ when I was 14, that gave a speed burst through adolescence. I grew up too fast and missed out on being a regular kid. I spent too much time chasing money and watching my bacc that i missed out on a lot of shit in life! Luckily for me, I had some unfortunate drama with some bitch ass niggas that helped me realize I wanted more out of life, and it was up to me to make it happen. So I had my share of bullshit ya dig me, anybody that tells you they enjoy livin with they finger on the trigger and in the trap, is full of it. I did what I had to do, and i will still get it craccin any minute, but na mean this life, I’m living right now. Its so different then where I came from, and making music and being successful is all I want!

3. Describe your music? How was it differs from everyone else in the game?
I don’t describe the music, it describes itself, that what makes it good.

4. Who’s your top five favorite rappers?
This is in no particular order but, Biggie, Nas, Pac, Snoop, and Andre 3000

6. I notice you been doing your thing on the mixtape scene. Can you talk about that experience?
Awww yeah…G-Dub Gang, Gallic Wars, Never Retreat, Never Surrender! thats the first I gotta say bout that. I’m on my shit, I got the myspace poppin, now the mixtapes is coming up, and my google game crazy. The experience is crazy, I love it, I make music for people to listen to it and the mixtape help me satisfy that addiction. Right now I got a couple big mixtape projects I work on. “Sour D & Goose” vol.1 co-hosted by DJ ENVY & Rico Paysos, which is a series Envy and I put together to give exposures to hotest unsigned artist out here! The Cracc Baby era of hip hop!!!

7. I read about you hooking up with Gallic Wars? Can you talk about that deal?
Yeah I signed with Gallic wars as my management a couple months, it’s been a blissful relationship, I work hard, and my team works hard, and Big Caesar is a beast na mean, so it’s mutually beneficial and dope relationship na mean….its a big deal to get the bigger deal, feel me!

8. What are your career goals?
my goals are to get some grammy’s, some emmy’s, some AMA’s, some MTV astronauts na mean, eventually a VH1 hip hop honors, you know something light.

9. What advice would you give to aspiring emcees?
believe in yourself, or nobody else will…

10. Where can we check out more of your music?
hit me up on myspace.com/ricopaysos or google rico paysos & download any mixtape i made an appearances on…or look me up on youtube.com.