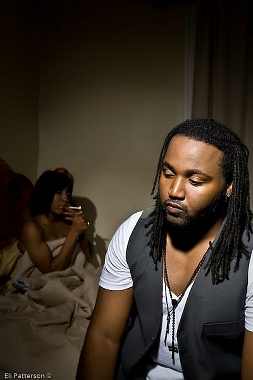 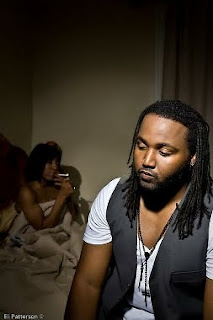 It’s no coincidence that the word harmony refers both to music and the peace that can exist within a person. Music has long been known to touch and soothe aspects of people’s souls. However, what’s even more awe inspiring is how such musical harmony is often drawn from the discords of one’s life. From Sam Cooke to R Kelly, the greats have always formed their melodious tunes from the pain, hurt, and neglect in their lives. Even the bliss of love is only recognized from the struggle it took to get there or the times it went neglected or awry. So it is no surprise that the remnants of the challenging and often time traumatic life of SeanFresh manifested itself in his talents of songwriting and singing. It’s how he draws his peace from and in the storm.


Unfortunately, it’s all too common place nowadays for a young black urban male to grow up in a home without both parents. So when describing Mr. Fresh’s relationship with his father who Sean often cites as raising him as much as he raised me or his mother who played intermittent roles in his life, we’re not too surprised. Its’ also a well known story of how many an inner city youth finds their release through sports, gangs, and music. Check those three off as well as we find an impoverished had born and bred, AAU basketball playing, W.E.P. Blood who was a known standout singer in the Bullock Temple CME choir. Still after his oldest brother shot himself in the head in 1993 and was faced with a permanent handicap, Sean found both his anger and confusion grow to a point that the regular channels couldn’t cool. Anger was the outcome. As a teenager, Sean always enjoyed singing and just making music in general and as a result kept close affiliations with all the major studios and producers in Little Rock. Unfortunately, his questioning of his grander purpose led him to not think of it as more than an occasional getaway in the recluse of his mind. Also, his aggressive attitude caused him to direct his energies less on the development of his talent and more on the frustrations of going nowhere fast; a downward spiral to say the least. Then an incident on May 16, 2006 changed his mind set and direction forever more. That was the night when Sean escaped an early meeting with his Savior after he fell asleep at the wheel and was involved in a near fatal multiply car wreck.


During his long recovery process complete with numerous surgeries and rehab, he realized that tomorrow is not only not promised, but is pretty much what you make of it. As the clich’s became real, so did his quest to LIVE life not just exist within it. From that day SeanFresh the singer, songwriter, and entertainer was born. A man determined to pass the footsteps of his role models like Brian McKnight, and Sam Cooke to make his music his calling card. And so life goes on. Pain doesn’t stop. Neither does heartbreak, struggle, nor misfortunes, however Sean’s quest from stardom rooted in humble beginnings and fueled by past aggressions and second chances does. From his serene and touching ballads like Maria Is In Love, to sexy tunes like, School Me�, to his Bama Boyz hit producer standout Bourgeois Hoes, SeanFresh has something to say. More importantly he has a truth to bring to the table. One that’s pitched in perfect harmony.