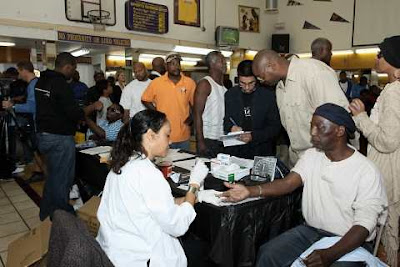 Los Angeles – When Dr. Bill J. Releford decided to positively impact the health and well being of African American men, he realized it was an extraordinary vision. Dr. Releford, his staff and over 230 volunteers demonstrated that real health care reform begins at home with the recent success of the Los Angeles Initiative of the Black Barbershop Health Outreach Program, (BBHOP). Targeting over 100 barbershops throughout Los Angeles County, Riverside County and the High Desert communities, the event took place on a recent Saturday in November.

“We have to begin to be more responsible for our own health. Relying solely on policy-makers to keep us healthy may not be a wise move. Real health reform beings in your house and not the White House,” says Dr. Releford, a podiatric surgeon with over 20 years of preventing diabetes related amputations in high risk populations around the world, and the founder of The Diabetic Amputation Prevention (DAP) Foundation.

Compared to the general public, more African American men die prematurely from preventable diseases such as diabetes and hypertension. As a result, African American men have the lowest life expectancy of any group in the U.S. Dr. Releford keenly understood that in order to effectively address health care disparities in African American men he would have to go into black-owned barbershops. Since its inception in December 2007, the program has screened over 10,000 men in over 23 cities and 230 barbershops. Ultimately, the goal is to screen over 500,000 by the year 2012. 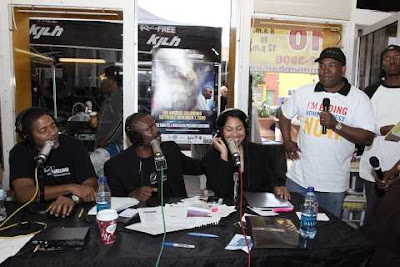 With over 1500 men screened recently in Los Angeles, the Black Barbershop Health Outreach Program impacted an audience of millions, spreading its message about the importance of health checkups as media tracked the day’s event. Celebrities on hand for support for the BBHOP included national spokesperson, former Los Angeles Lakers Norm Nixon, the Whispers, Kim Coles and Montell Jordan.

Founded by Dr. Bill J. Releford, D.P.M. the Black Barbershop Health Outreach Program seeks to empower African American men to better understand cardiovascular diseases and how to manage and prevent its complications. The program has a three prong strategy to its success: SCREEN, EDUCATE and REFER to the appropriate health care provider. The Black Barbershop Health Outreach Program has effectively addressed the health concerns of African American men in nearly 230 black owned barbershops around the country since December 2007. For additional go to http://www.BlackBarbershop.org.