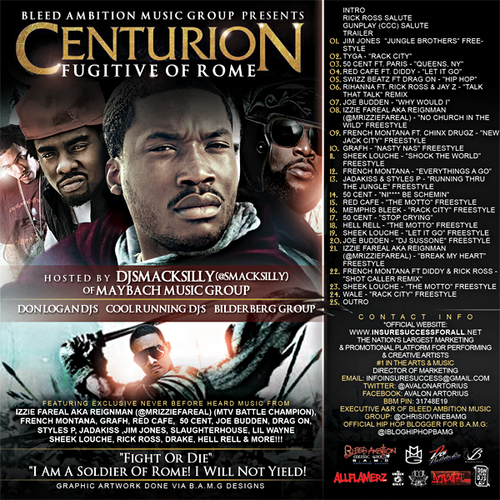 Every few years, the public is presented with an iconic movement. An undeniable force, that is predestined to influence and make its mark. This movement is Bleed Ambition Music Group. From now and going forward, we will prove and show the world, why we are *Number one* in the Hip Hop Mixtape circuit. We would like this release to represent the beginning of a hostile takeover in the music industry. A great way to close out 2011 and lead our way into 2012 with a “BAMG”. “I would just like to make something very clear. This project (and ALL mixtapes going forward) differentiates itself from our other projects, because we have actually reached out to the artists listed and they have provided us with exclusive/brand new musical content. We would like to thank all mainstream artists who have done so, believing in our brand and online presence, as we strive to dominate the Mixtape Market