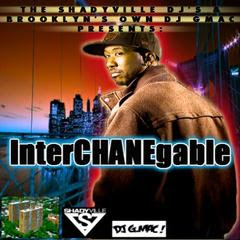 Chaneblog: Be Patient
What’s good everyone, I hope all is well. This blog is going to be about being patient and waiting for things to fall in place. Everything happens for a reason. I definitely believe that moniker. I was waiting for a video that I shot about a year ago to be finished and it finally is. The vid looks amazing and of course its going to blast off Po’s show so stay tuned. This would actually be the lead single of the third album which most likely be released towards the end of the year. Talk about planning ahead huh! Well you have to. I realize you must stay one step ahead of the competition. Not only that but you must be awake when the others are sleeping as well. I work til the wee hours of the nite on my laptop after working a graveyard shift job that pays my bills. It was Denzel Washington who eloquently put it” You do what you gotta do, to do what you wanna do”. That sums things up in a nutshell for me because that describes exactly what I am going thru at this very moment. The second album is called Chanemusick and the album is so 90’s, but the floe is so Chanes! It will be released real soon as well on Itunes and Amazon.com as well. At the moment we are just finishing up on some last minutes and incidentals for the album. Well I’m exhausted on this ride home to the borough of Brooklyn. Ya’ll be safe and well. Signing off with another Blackberry blog! Uno!
Share it: