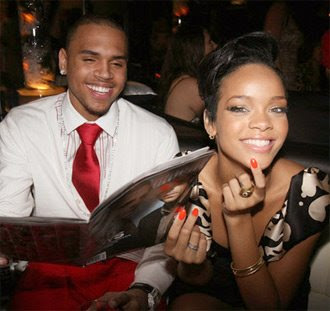 First, let me qualify myself. I have spent over 40 years living by my wits on the hard streets of America’s major cities. Contrary to today’s hip hop definition of a player, (one that has sex with multiple partners); I am the textbook example of a player, (i.e. players exercise superior wit and street knowledge to manipulate people, situations and opportunities to their advantage for financial gain.) Otherwise known as Game (or big business). So, before I begin, I want to plainly state that I am an old school player with the class, style and flair of a true gentleman. I deal in absolute stark reality… THE BUTT NAKED TRUTH!

If I offend anyone in the course of discussing the absolute truth, I would like to sincerely say… “kindly take notice of the piece of mistletoe attached to my coat-tail. “ Folks

The Boston Globe reports: Nearly half of the 200 Boston teenagers interviewed for an informal poll said pop star, Rihanna was responsible for the beating she allegedly took at the hands of her boyfriend, fellow music star Chris Brown in February.

I think they’re on to something here. These kids have a more realistic view of real life as a young adult.

Everyone, from the local McDonald’s employee to the likes of Oprah, Tyra Banks, Donald Trump and Ellen has included their 2 cents. It has been said that the incident between the two pop stars stems from Chris Brown’s alleged long term sexual involvement with his manager, 39 year old Tina Davis. According to reports, Rihanna became enraged after seeing a sexually suggestive text message from Tina Davis on Chris’ phone en route to the Grammy Awards. Rihanna then “pimp slapped” Chris while he was driving. Now, after being slapped while navigating through traffic, what would the average man, women or child’s response consist of? It’s called self defense. Crash! Bang! Zapp! Kapow! Rihanna not only disrespected Chris’ manhood, attacking him, but endangered his life as well. Keep in mind that all of this happened at the spur of the moment. This is not a dress rehearsal people, this is REAL LIFE. Come on, get off your politically correct high horses and deal with reality! Real life is what happens when no one is looking.

If everyone’s life were played out on the World Wide Web, TMZ, Oprah, Tyra, Access Hollywood, Ellen or the Dr. Phil show, real life would become extinct. We all may as well get a Hollywood or TV land script and start practicing our lines.

Chris & Rihanna did not immediately release statements regarding the incident, leaving themselves room to work it out. If left alone to their own devices, human instinct and emotions would guide them to sort it out the old fashioned way. If today’s methods of intervention, public airing and talk show host’s advice were practiced back in the day, a lot of us would never have been born. However did our grandparents and parents make it without celebrity comments and talk shows?

Furthermore, what is the real value of Ellen, Oprah, Tyra or Donald’s advice? Oprah hasn’t had a man since Moby Dick was a minnow, and I don’t think Gail has slapped her lately; Tyra couldn’t hold on to Will Smith because he said she was “too white”; Donald was unable to keep either his wife Ivana or his last hairdresser; and, Ellen is married to a woman! If the people with all of this useless advice about relationships (which they don’t have) and politically correct storybook, Rebecca of Sunnybrook Farm opinions would back up, these two young people will find their way. Trust me it’s been happening for thousands of years.

Puffy is the only celebrity with enough game, understanding and real life experience to offer the troubled couple any real support. Chris and Rihanna’s time spent at Sean Combs Miami home, without the prying eyes and ears of paparazzi, politically correct, ratings seekers, and groupies may very well have been their saving grace.

Now, on to Chris Brown’s legal problems as a result of his response to Rihanna’s attack. At least someone in Chris’ camp has game. If the rumors of them getting married are true, that’s good game and sound legal advice. It’s my understanding that Chris’ lawyers have negotiated a plea bargain to a misdemeanor for him. Of course, based upon the extent of the testimony in the case a judge is not bound by such agreement. Thus, if the judge believes a felony is warranted he/she can refuse to accept the plea and proceed with felony prosecution.

I have a question at this juncture. When will Rihanna be arrested and tried for hitting Chris Brown? Where are all of the domestic violence advocates, critics and talk show hosts on that issue?? No ratings value on that subject, huh?

So, by marrying Rihanna Chris will be effectively preventing her from being subpoenaed to testify in his “assault” case. This move eliminates the possibility of his misdemeanor plea being rejected and saves him from becoming a convicted felon.

When you absolutely positively have to have a bona fide answer, ASK A PLAYER!