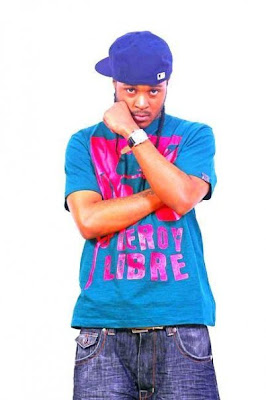 David Blake, better known to many by his stage name, Stones was born July 31st 1988 in the Brownsville section of Brooklyn, New York. Stones is the cousin of Kenyatta Blake aka Buckshot who is a fellow Brooklyn emcee and Co-CEO of the extremely successful independent hip hop label, Duck Down Records. Stones has many monikers/ aliases such as, S.t., S.t.ones (Stack Them Ones), Rollin Stones, David Blake The Great, The Ressurection of Perfection, S.t. The Legend Before The Legacy and many more. Stones credits his extensive list of “a.k.a.’s” to Wu Tang who he is a big fan of and is known across the globe for having many aliases.

Rapping was a hobby Stones claims to have picked up from watching the Black moon frontman, Buckshot as well as many other emcees from Hip hop’s “Golden era”. “I use to just sit down and listen to Wu-Tang; particularly Meth all day to study how he would put words together and then formulate my own rhymes with that same structure until I got down the basics and started to develop my own style” sais Stones. When asked about Buckshot’s influence on his career choice Stones had this to say, “Buck was the one that let me know it was real because I use to think rappers were some kind of super human’s beamed down from the sky [laughs] but, he was someone I actually saw in the flesh often and saw on T.V. too so that made me believe that I could do it too”.

In 2006 Stones released his first mixtape entitled, “The new stone age” which was reportedly recieved well by critics but, unfortunately did not circulate too far outside of the tri-state area due to lack of promotion. However, since it’s release in 2006 revamped versions of tracks featured on the original mixtape such as, “Get wit it” featuring Smoothe da Hustler and the remix to “BK rap” which features a “primo-like” intro that was mixed by Stones himself has recieved moderate success on numerous blogs and podcasts.

In 2009 Stones signed with the powerful Long Island, New York based Hip hop management company, Gallic Wars Mixtapes who boasts a diverse roster which features London based Pop/Hip hop group, Fresh as Tommi along with strong affiliations with industry insiders like Black Hand Entertainment and Former G-Unit A&R Sha Money XXL. Since his signing in January of ’09 Stones has either been featured on or hosted every Gallic Wars mixtape released and speaks very highly of the company, often shoutin his new team out in and between verses. Stones and Gallic Wars has also announced they will be releasing the first installment to his highly anticipated mixtape series, “The Steppin Stone” in the fourth quarter of 2009. Shortly after signing with Gallic Wars Stones launched his official blog, “Stones Muzik” (www.stonesmuzik.com) which not only provides a platform for his music, videos and more but also showcases music and updates from all over the industry that Stones happens to be particularly fond of and wishes to share with his diverse audience of music lovers.