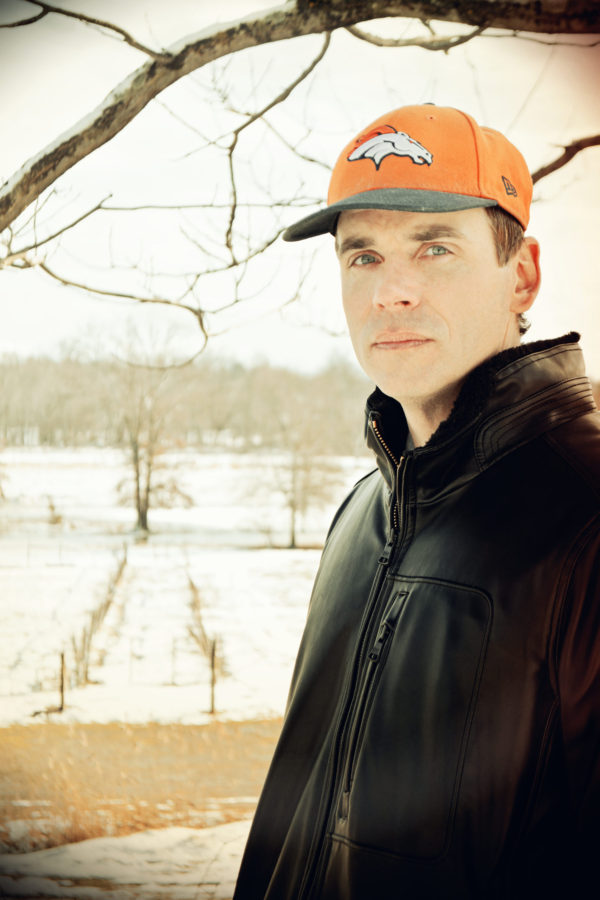 Orange County, NY producer Ace Adams presents 4 Of A Kind, his debut solo EP featuring guest vocals from K.O., Max Bet and Wild Card, and engineered by Dave Darlington (Chaka Khan, Raekwon). Ace’s last release was “Chains” featuring Shawna (Soundcloud). “This record is the culmination of a lot of time and effort,” Ace says. “It is a complete representation of my sound and style as a songwriter & producer. You will hear a unique blend of R&B, hip hop, and pop.”

How did you get into music?

I’ve always had a passion for music, even at a young age. I can remember buying the CD’s of my favorite artists and listening to every song– while reading all of the lyrics as well. I was always an active listener too, focusing on not only the vocals, but to all of the intricacies and details of the music/beat itself. I listen to a wide variety of music, from 1950’s rock-n-roll to today’s hip-hop, which has helped me in my songwriting. I’m very much a student in that I’m always analyzing how the pros write and arrange their music. I’ve found that the songs that I connect with the most have real emotion and vibe to them. Technical aspects of songwriting are important, but not nearly as important as how a song makes you feel. My main musical influences are Timbaland, Dr. Dre, and Motown Records.

Did you set out with a specific sound in mind for the EP? What’s your process for creating full-lengths?

I started writing music in 2012 and I’ve been steadily developing my sound and style since then. For the EP, I did not set out to have a specific sound, but rather to let my natural sound and style be completely represented. I’m inspired to write different types of music [ex. RnB vs pop] at different times, and the EP is a representation of this. While each song is unique, the overall project is cohesive. I know that conventional wisdom says not to release an EP until one is known or has a strong following, especially the way the music industry is set up today. But I’ve never been a follower or someone who has jumped onto trends. My thinking has always been this—if everyone is doing X, Y, and Z, that opens up opportunities to do A,B, and C.  As a songwriter and producer, I want people to see my whole body of work and to see what I’m capable of doing when it comes to a whole project. My process for creating 4 Of A Kind was pretty straightforward—I let my creativity run wild for three months, just kept writing song after song. I had about 10 tracks that I felt good about but needed to get it down to the six tracks that I felt best represented me as a songwriter. It’s better to have more options than less! A few of the tracks that didn’t make the cut have been re-worked and will be on the next EP. Finding the right singers/rappers to be on the record was very difficult and is a long story in and of itself! 3 singers that were in the original plans for the record didn’t work out, for a variety of reasons, so that made it much more challenging. But it was for the best because the talent that ended up on the record were better fits. For each track, I had a specific vision and lyrical ideas– I shared this with the vocalists in order to give them direction. From there, I wanted them to do their own thing and to bring their artistry and creativity to the song.

Are you working on a new album? Who’s involved and how will it differ from the new records out these days?

Yes, I’m currently writing the next EP. It will be a seven-song record that I expect out in late March or early April. It will be a blend of RnB, hip-hop, and pop. Like I did for the last EP, I let my creativity run wild for a few months so that I had a lot of material to choose from. I had 10-12 tracks I felt good about, but only seven will make it on this next record. I’m continuing to grow and develop as a songwriter, so this EP will be unique from 4 Of A Kind, while maintaining the Ace Adams sound. Right now, I’m looking for vocalists/rappers who want to be featured on the record. I’m very particular about who I work with—they have to be unique and need to be a great fit for the particular song I want them on.  I’m working with a female vocalist now on the lead single, very excited about it. She is a powerhouse singer and the song itself is a thumping club track. I’m hoping to release this lead single by the end of January 2020. We’ll see who ends up on the remaining six tracks. Overall, I think this next EP it will differ from the new records out these days because my sound is different. My sound is very modern and fits in well with what’s out today, but is unique enough to stand on its own and to be recognizable from the pack. I don’t try to copy anyone’s sound or try to emulate what’s hot right now, I just do my thing.

Who’s your favorite rapper ever and why?

My favorite rapper ever is Ludacris. I love his lyrical prowess, rhyming, storytelling, and humor. His catalog has a great mix of hard-hitting tracks, epic bars, and natural comedy. I think he is very underrated and should be in everyone’s top 10 all-time list! When it comes to hip-hop, I’m very partial to rappers with real lyricism and storytelling abilities. Other rappers that I really dig are Nas and Biggie Smalls.

It’s hard to say what will happen, but I think we will see a slow shift away from the trap sound back to more of the old school hip-hop sound. Not the old school sound of scratching records and James Brown samples, but more of actual bass-lines and melody– rather than 808’s and ambient pads. The trap sound has been running the game now for a while and at some point there will be a shift away from that.