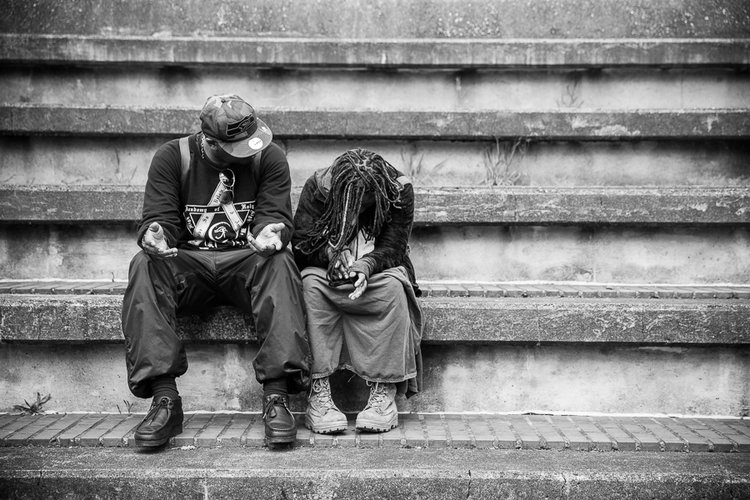 Black Stax was formed in 2009 with a mission to honor the legacy of Black Arts & Culture by ‘stacking’ all forms of Black music & art. A performance group with two celebrated veteran artists at its core, Black Stax blends the forces of cultural expression with community building and activism, a commitment which recently earned them a Community 4Culture grant to advance their work. MC, Jace ECAj and vocalist/actress Felicia Loud each bring over 25 Years of professional history in the field of arts performance and community work. Felicia Loud has worked extensively in Theater. Her work includes, ‘Pullman Porter Blues’ at Seattle Repertory Theater, ‘Lady Day at Emerson’s Bar and Grill’ at Strawberry Theater and ‘I Know Why the Caged Bird Sings’ at Theater Off Jackson to name a few. She also has worked as a youth director for students, ages 6-12 years old at Langston Hughes Performing Arts Center. Jace is a veteran Seattle MC who has helped define the scene. He has helped put on panel discussions that range from the accountability and responsibility of artists, developing panels such as the ‘Hip Hop Summit’ in conjunction with Festival Sundiata. He was also the Co-Founder of the Seattle based Festival, Dope Emporium in 2005, a Creative Writing Instructor for Richard Hugo House, Langston Hughes Performing Arts Center and, most recently, an instructor to for the Hip Hop Artists Residency at MoPoP.

We recently politick with Black Stax about their background, current projects, and more.. Check it..

Thanks for stopping by to politick with us. I was reading that you are from Seattle ,is that correct? Can you discuss your background and how you fell in love with music?

Jace: Yes, we are in Seattle. I fell in love with music because of the rhtyym in my house. My Mom and Dad made music our soundtrack. My father was a music/vinyl collector. Distinctively, I remember Sunday mornings. Smelling the cooking of food, the freshness of the house being cleaned and music thumping throughout the house. Artists like Big Mama Thornton to Nina Simone. From Fela Kuti to Bob Marley. From the Ohio Players to Bobby Womack. And, on and on. It was the tempo, the rhythm that I fell in love with.

Felicia Loud: We reside in Seattle. I was born in Dallas. My background was first the love of theater. The process of becoming someone else for a few hours a day was exciting to me. I fell in love with the voices my mother would play on Sunday mornings. Marvin Gaye, Dionne Warwick, Isaac Hayes, Sam Cook, Gladies Knight & the Pips etc. Music spoke to the soul of the happiness. I fell in love with the stories being told.

Can you talk about your group’s name, how you got it,etc?

Felicia Loud: Our group name was started by our first discussion in becoming a unit. At that time we knew we wanted the word Black as part of our name. The spelling as well. Black men, Black women, Black family. Black ancestry is our history, identity, our culture, spirituality and we are unapologetic to those aspects of ourselves. Stax came in as we spoke about the unpolished sounds of vocalists who captured your soul with their unique tones. Artists like Otis Redding, Rufus Thomas, Staple Singers to name a few. Black Stax has that unpolished unique sound. Also, the political, social outspokeness of Stax artists and the community activism is in our group. But, we want to be known as the first Black Stax.

Who would you compare yourself to musically? How would you describe your music?

Jace:I like Felicia’s ideology on this question. We love the greats, we love those that come along and genuinely put their heart and soul into the Art. And, we love being compared to some of those artists. But, we want to be the first Black Stax.

Felicia Loud: Comparisons are understandable, I get it. I would say our content and vibration is similar to Mary J. Blige & Method Man , Nas & Lauryn Hill , Eryka Badu & Common. But, we still wanna be known as the first Black Stax.

Q4 – Heard you had a cult following of fans, who is your most dedicated and loyal fan? (Excluding family members)

Jace: Hahahaha…. I don’t know about a cult following. But, we do have people that know our catalog, those that understand the importance of their support and input. So, outside of Family…its people looking for something that touches their spirit, soul, drives a thought or emotion. We get a chance to meet some really dope people and artists on this journey.

Felicia Loud: That is interesting?! I had no idea we had that type of following. We do have a great core of people who are consistent with keeping up with us. One thing, I have noticed about our supporters is they stay away from public displays. They come to shows, purchase our music, help push us in directions where we continue to grow, they retweet us etc. But, no names can be given out at this time.

Q5 – Can you discuss your current projects and plans for the rest of 2018?

Felicia Loud: currently we are preparing for a show with Styles P and Sa Roc at Neumos. Then we will continue with preparing for our east coast edition which will be the 2nd album off our ILL-US-TRAIT collection.

Jace: We plan on dropping another song in mid to late Aug. It’s a new cut, not on the current project, ILL-US-TRAIT ‘Live Reflections’. Then we will get out on the road in Sept and hit the Midwest, southeast and east coast. And, record that edition of the ILL-US-TRAIT series. Always expect the unexpected as well….wink wink

Q6 – Can you describe some more about the song “Southend”? Is there a music video for it?

Jace:Southend is a cut about the Southend, Southside, Southpark, Southcentral, south area of cities all around the globe. Usually the place where marginalised people are pushed to. It’s about the babies being able to play and be children. It’s about the community I come from. It has local references because we can only share what we know, where we’re from. But, this is not just about the city we’re from, it’s bigger than that. And, seriously it’s time for us Brothas and Sistahs to stop killing each other and start building with each other. No visual to this yet. We’ll see if it becomes necessary.

Q8 – Have you worked with any famous producers, artists?

Jace:Famous? Or, do you mean popular? We Honor every artist and producer we’ve worked with. We worked with these artists so far: Cyclonious from the UK, Sistah Luv, eBellz. Producers Rob Banks Beats, EzyBeatz, Tone Jonez, DJ Shingi, Vitamin D and Tha4orce from the UK…and, there may be 1 or 2 I’m missing off the top.

Black Stax: Yes, peep our new work ILL-US-TRUST ‘Live Reflections’ (West Coast edition) and follow our journey. And, contribute to where we connect with you. Follow us on IG at black_stax and our site www.blackstaxmusic.com. and, all other social networks. We’re available on all digital distribution outlets. Thank you for taking the time to chat with us and share your platform. Continued Success and #StayStaxin