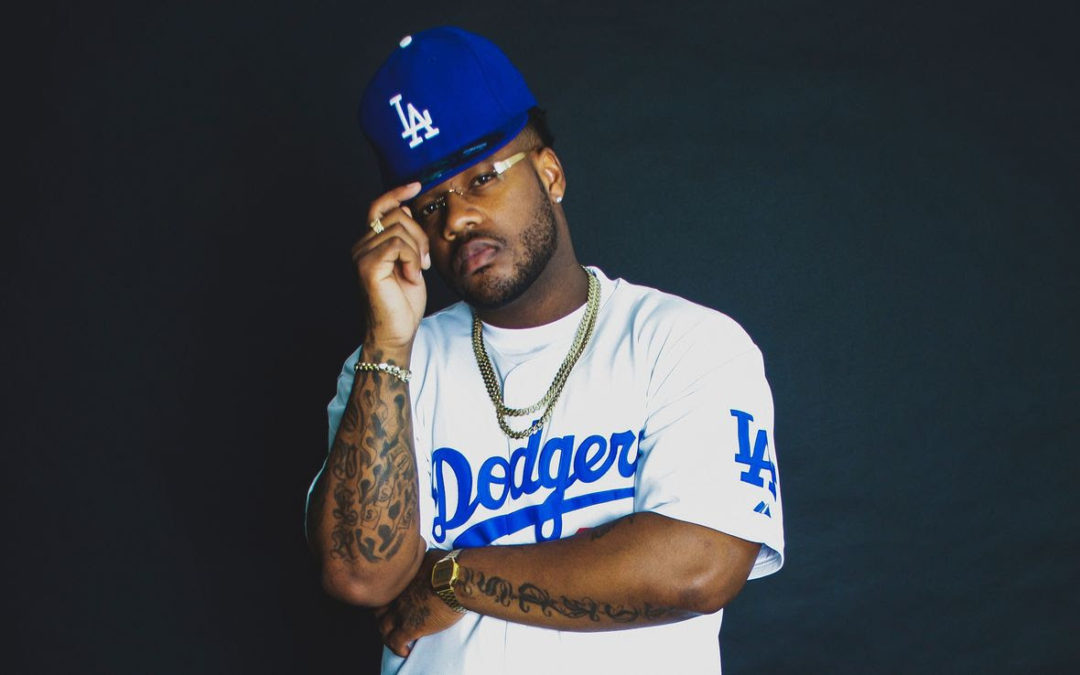 Los Angeles rapper Brandon Marquiste presents the Pico Shaw-directed music video for “Get Out Yo Feelings”, the new single produced by BrandinOnTheBeat. Representing Lynwood, Marquiste broke out last year with his Top Rhymen mixtape (stream), which he followed up with visuals for “I Know” (watch), “Realest Nigga In It” (watch) and “To The Fullest” (watch). His last video was “Dreams To Remember” (watch). “This song basically speaks for itself,” Brandon says. “Just letting everybody know that I ain’t got time for relationships or making friends in this industry, and if it don’t make dollars then it don’t make sense to me so what’s the point? It’s all about business over here so keep your feelings at home and let’s get this money.”

What have been some of the reactions to “Get Out Yo Feelings”?

People love it! The dj’s are requesting it and spinning the record in clubs and parties right now.. People are saying that it gives them that “I want to get up and dance” type of feel.. It’s a real good party song but at the same time has a real life message to it that many people can relate to, male and female!

What’s your process for writing songs?

It depends on my mood.. if I hear a dope ass beat that gets my attention the melodies and word play just start forming in my head.. but at times I don’t even need a beat I just sometimes come up with melodies in my head and put words to them, then once I hear a beat that would match the melodies of the song that I already had in my head.. I’ll just put it to that beat.. but when just starting everything from scratch all together.. the beat comes first then the melody and my delivery.. then I put the lyrics with it and make it all make scenes.

How does being a father affect the way you approach your lyrics?

To be honest I don’t really think about it.. And the reason being is, it put’s a choke hold on my creativity.. see I don’t like to, and try not to over think during the creative process.. see when I create songs and come up with melodies and lyrics I like to do it with a clear and free spirit thinking of a mind and let whatever comes out comes out you know.. just have fun with it! Look I’m pretty sure my kids are probably rapping some other artist songs out here with file language and ect. But they know not to say it around me or any other adult.. it’s a respect thing you know.. and I don’t play that.. but we all been kids before!

How did Muriel Drive Records get started?

Muriel Drive is the street I was raised on in Lynwood, CA! Growing up on that block has taught me a lot.. from playing basketball to learning how to fight.. to dealing drugs all on that same street! 12120 Muriel Drive was my address, which was my granny’s house. I lost and found myself on that street, in that same house. I’ve also lost the ones that were close to me as well that are no longer here today to witness what I have became and what I’m becoming.. Muriel Drive has turned me into the man that I am today..

To take over this hiphop game.. and basically becoming a very successful artist and label to make it out of my city. And we’re often over looked because Lynwood is right next door to Compton.. But once I make it I’ll be able to have a platform for other dope artist from my city to be able to shine and sign them to my label. I mean there’s been other hiphop artists and radio personalities that came out the city but none has been as successful as I plan on becoming which is a global superstar.. Pretty soon the whole world will know who I am..

What are your plans for the next year?

To go even harder than I was this year! Releasing more singles.. possibly a mixtape or even a EP.. Releasing more visuals and doing features.. and hopefully be recognized as a dope ass artist.. land a major record/label deal.. building my brand and hopefully inspire others to follow their dreams.. pretty soon I’ll be considered as one of the top candidates to be on the cover of XXL FRESHMAN!