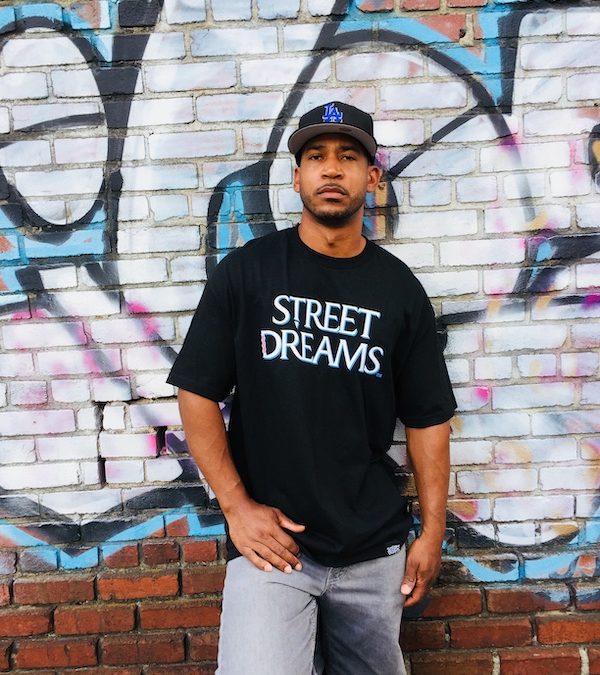 Birmingham, Alabama artist/producer Elboe presents his self-produced new single “Drumline”. Teaching himself to DJ using his father’s funk and soul records as a child, he first broke on the scene in 2009 as part of local Birmingham group The Mic Coalition. He eventually went solo, dropping “Stay Shining” in 2018 (watch the music video) which was recorded at M.A.D. Studios in Atlanta and was featured four times in ATL’s Top 20 Countdown. Elboe says he made the track “as an ode to the excitement of HBCU banging horns and drums that standout at classic games played by the bands while still bringing hard and street conscious lyrics.”

You went more or less solo since your days with the Mic Coalition. How do you feel about that transition into being a solo artist?
When I was with the Mic Coalition creatively it was easier because all three of us wrote our own verses. I would produce and maybe come up with some of the hooks but between the three of us it wasn’t all on me. But as a solo artist and producer it’s definitely a transition because it takes more thought, time, and money going into it and everything is on you. I’m digging it because there are no excuses and no one hindering progress but me.

Do you think there’s a noticeable difference in rap style between Alabama and other southern states? Can you describe it?
There are noticeable differences in rap style between Alabama artists and some other southern state artists in the dialect and pronunciation. For example, an Atlanta artist has that southern drawl but talks much faster in their slang to where if you’re not familiar you wouldn’t even understand it. Alabama artists talk with the southern ancient but more clearer in dialect. More west coast with southern speech.

Your song follows in a strong line of HBCU heavy hitters. What do you think is the secret to creating an HBCU party classic?
I think the secret to creating a HBCU party song is the actual experience of a HBCU game or function. Growing up in Birmingham we have the Magic City Classic every end of October which is the biggest classic game between Alabama A&M vs Alabama State. The excitement of the parades, party’s, tailgating, and the game itself is a lifetime experience never forgotten. And the game gets bigger every year still after 74 years. This year will be the first to be cancelled due to covid-19.

Where do you think you excel: in the studio or onstage? And why?
I feel I excel more on the stage because by being an artist as long as I have I’ve learned you have to be able to entertain and give a dope live show. As much as I enjoy the studio a good song is cool but a song with a spectacular show makes the song great.

What’s a life motto you try to live by?
A life motto I try to live by is keep God first and always think. I’ve made hella mistakes by acting too quick or reacting out of spite and a lot of drama can be avoided by simply taking time out to simply think first.