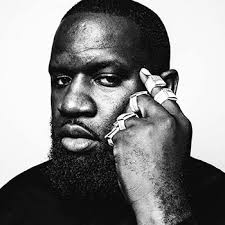 Richmond, CA rapper Mani Draper presents the SLVTR Films-directed music video for “Made It Work”, the new P-Lo-produced single from TV Babies, Mani’s new album featuring IAMSU!, YMTK, Iman Europe, Kevin Allen, Aneessa Strings and Ryan Nicole. “Made It Work” follows on the heels of visuals for “Blood In The Water” (watch) from his previous album Mercy (Spotify). Mani has several albums under his belt including The Unauthorized Biography of Ella Mae, Last Marauder and RAWK (Mani on Spotify) and has collaborated with Jake One and Terrace Martin. Mani has composed original music for Tommy Hilfiger, Adidas and Calvin Klein, and was the narrative voice on IAMSU’s Sincerely Yours album. Mani co-founded the Brave Area collective and partnered with Bay Area boutique label At The Ave Records in 2017. “’Made It Work’ was made in a space of highlighting our resourcefulness and creativity of always adapting and thriving no matter the circumstances,” Mani says. “Being in the studio with P-Lo, he challenged me to deliver that messaging in a way it could be received by a larger group of people. Sonically leveraging what our region is known for all the while pushing the bar lyrically. Not a compromise but a challenge to find a more creative way to deliver.”

What’s behind the concept of TV Babies?

The concept of TV Babies is 100 percent centered around the idea of programming. For better or worse. The good, the bad and the dark. Some got inspired, some got brainwashed and some got lazy and became dangers to themselves and their communities. It’s almost impossible to quantify that if one outweighs the other, so the album explores acceptance for what was. Taking pride in being resourceful and surviving but remaining open to learning and adapting. “No 4:44 without ‘Money, Cash, Hoes’ / blame 45, I’m activating duffle bag mode” – a bar from the song “Supreme” on the album. It’s sort of the thesis statement for the entire record. Hip Hop needed time to grow up but we couldn’t run away from what made us.

How do you feel about the direction hiphop is going in?

I honestly couldn’t be prouder of Hip Hop. We’re growing up. Talking about the importance of ownership, family and PROGRAMMING. All the things the genre was too young to even consider before. All the things we didn’t have to consider. The information that could be obtained through lost and triumph. To see such an emphasis on presentation, the value of ownership and the wide spectrum of the genre. From Griselda to Travis Scott. Jean Grae to Rexx Life Raj. There’s something for everyone. If you can’t find something that resonates you aren’t looking hard enough.

What song of yours do you recommend people listen to first and why?

I would suggest people start with track 1 “Fear Or Love” featuring my favorite artist Iman Europe from LA. The album is written and sequenced like a film so every song is a scene. “Fear Or Love” is an ode to the late Nipsey Hussle. I wrote it before he passed away because I was dead-set on honoring someone that impactful in real time. Removing all ego and false bravado. So given he’s no longer here the lyrics mean even more honestly. After that I would suggest “Light” because of the darker grimey side that features an artist like YMTK. The blend of the spectrum! Then “End” featuring IAMSU and Kevin Allen. Not only how we rep the Bay Area as emcees but our city. Richmond specifically.

The Bay has many towns with their own distinct spin on hiphop. How would you describe the Richmond vibe?

Richmond is unique because we’re significantly smaller than the other surrounding cities. A lot of the first Black ownership from manufacturing and distribution originated in our city. Not just music but mass production in general. Mix the natural entrepreneur spirit with being overlooked and your way more inclined to find your own unique voice than conform, because no one was checking for you in the first place. There’s the same balance that exist in all the cities. You can get your super high quality street shit and you can get your emo melodic driven raps. Balance, HA!

What’s your process for writing songs?

I still like the process of writing. Physically writing on paper but it honestly depends on the environment. I’ll write, use my phone and just punch in freestyle depending on how I’m channeling that night. Just whatever the beat and frequencies call for. I’ve learned to let go and listen way more.