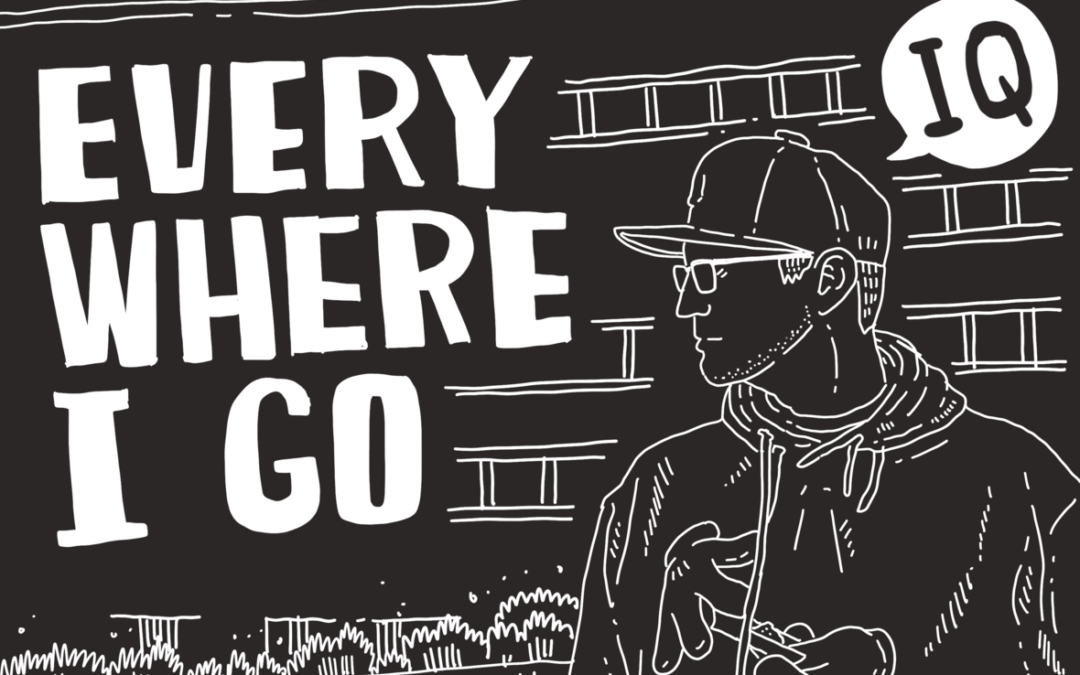 Los Angeles emcee/producer IQ presents his new self-produced single “Everywhere I Go”. IQ’s last release was IQ Test (Bandcamp). “I’m releasing this single beacause I need to start somewhere and I have tons of rhymes that I plan to deliver to anyone who wants to hear them,” IQ says about his new single. “I make my own beats, do my own mixing, and record my own vocals. I just started feeling the heat from this beat and decided to let people know how I feel about certain things and even how I got started, and then speed up the flow at the end a little bit Big L style.”