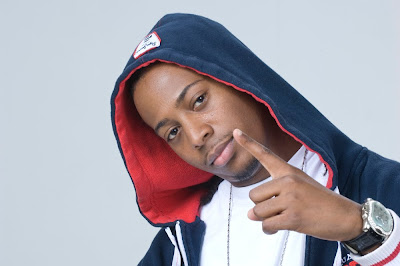 It’s a known fact that Atlanta has produced some major talent over the past few years. Everyday there’s a new name, new crew, new label ready to put their name in the echelon of A-Town great.
Add one more name to that mix. Life time Atlanta resident Young Nino and Stack Money Entertainment have blazed a trail through the “A” but their not stopping there. Refusing to limit themselves to Georgia, you can see the Stack Money Ent. Label everywhere from the Carolinas and Virginia all the way down to Florida.

We caught up with Young Nino in North Carolina while he was promoting his single “Crazy Over You”. Popolitickin caught with Nino to talk about his new single, his label and what its like to be an indie artist today.

Popolitickin: How did you get into hip-hop?

Young Nino: I got into hip hop at an early age, it’s in my blood! Being from Atlanta and the south, hard rhymes and banging beats is a part of the Southern culture. You can’t help but to vibe and ride to the music. And it’s not just a south thing; the whole world is feeling us!

Popolitickin: Who were some of the artists who influenced you?

Young Nino: I was influenced by the greats. 2pac and Biggie are still my favorite artist and N.W.A. was nothing but the truth! Being down south, I was heavily influenced by Rap – A – Lot Records, Scarface, UGK, R.i.p. Pimp C, 8ball & MJG , P and No Limit Records, and of course one of the dopest groups ever..Outkast!

Popolitickin: Who is Young Nino? Describe your style for those who haven’t heard you yet?

Young Nino: My sound is Southern but it’s unique at the same time. What separates me from a lot of artist is that honestly, everybody wants to be hard, gangsta, and so called trap stars when they know they lying! I just do me. I’m laid back and cool as fan. It reflects in my music as being a real super cool dude that people can relate to. But please believe, I can pop things off if it needs to go there!

Popolitickin: Talk about your new single.

Young Nino: Currently we are pushing my single which is a big record “Crazy Over U”. It’s on the radio throughout the south and continuously growing! It’s available for purchase on all digital download sites. You know Amazon.., Cd Baby, Napster, Music, etc. The video to “Crazy Over U” is online too; people can check that out on YouTube… Stay tuned homie…there is plenty more to come!

Young Nino: Being Indie is cool. Everything has its ups and downs at times. I love being my own boss and making moves when I want to make them. The down side to being an indie artist is not having that machine behind you that can get you directly on the major market radio stations and big video channel outlets. As an indie you have to grind super hard because we all know the majors have the budget to control what we hear on the radio and see on Television.

Popolitickin: With your indie success, are you still looking at major labels?

Young Nino: Major labels are definitely on the radar. I have some very impressive numbers and a great story behind my record and my movement, just Google me. Big things are on the horizon, so get ready!

Popolitickin: What advice would you give to an artist coming up right now?

Young Nino: Stay on your grind and go super hard. Be focused on your goals and don’t let anyone or anything stand in your way.

The single “Crazy Over U” is online…go get it! And be sure to request it at your local radio station!

Interview done by Mehka, check him out at twitter.com/mehkaveilli
Young Nino “Crazy Over U” Video
Share it: