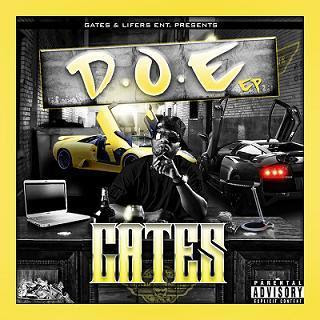 Virginia native, Gates is new to the industry but not new to the game. Picking up the mic early in life, Gates put his own career in his hands putting out back to back mixtapes.

Now with a strong team and new goals, Gates is ready to break out the gates and place his name among the best freshman in hip-hop.

Popolitickin.com caught up with the up and comer Gates to talk about how he got into hip-hop, his influences and his music.

Popolitickin: How did you get into hip-hop?

Gates: Been doing it since 3rd grade. I did a contest back in the day and I did well. People liked it and it kinda just stuck with me from there

Popolitickin.com: A lot of people start off thinking this will be their career, and then they fall off. What kept you going?

Gates: Seeing the feedback. It’s been from the point where people started asking me if I had material or anything to buy.

Popolitickin.com: What do you have coming down the pipes right now?

Gates: A couple of things. EP coming in March follows up to the “Cook-up Season.” Part 1 is online now

Popolitickin.com: Describe your style for those who haven’t heard you yet?

Gates: I’m from Virginia. I sound southern. Music wise, I put together good wordplay and metaphors. Make songs that you can party to and are still lyrical

Popolitickin.com: What’s it like being an indie artist right now?

Gates: It’s tough. I knew people who were signed when they did artist development. Now you have to create your own buzz, put out your own video. Being an indie, it’s a little easier to do with the internet now. It’s easier to compete

Popolitickin.com: What about the majors? Are you looking for a major deal?

Gates: Right now I’m in grind mode. If a major came with the right deal, then we can do something. If they came right I wouldn’t turn it down