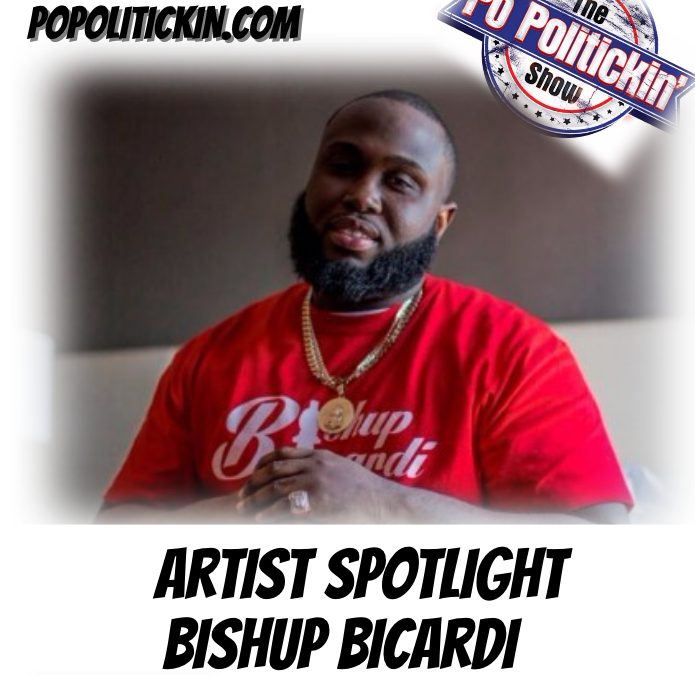 Welcome to another edition of PoPolitickin Artist Spotlight. In this episode we politick with rapper, songwriter, performing artist Bishup Bicardi.

Bishup Bicardi is a rapper, songwriter, performing artist based in Boston, Massachusetts. Bishup grew up in a large family where he was the youngest of five children. The schooling process was a difficult one for him since he was never interested in the standardized procedure of education. He always knew that he was meant to do something different from the average with his life. He started by playing sports and attended all high school social events. If bishup’s classmates were to describe him at that time, they would have said he was a jokester, the class clown. His personality was always larger than life and entertaining, whether it be in a classroom or on a stage. Bishup’s first experience with music was at the age of eight when his older brother brought home the Tupac Shakur cassette called “The 7 Day Theory.” After spending an entire month listening to it, Bishup grew a strong love for the art of hip hop. The way the music made him feel was like therapy to the soul, it put him in another state of mind. Finally he knew just how to channel his energy and enthusiasm. Full bio at https://bishupbicardi.com/bio