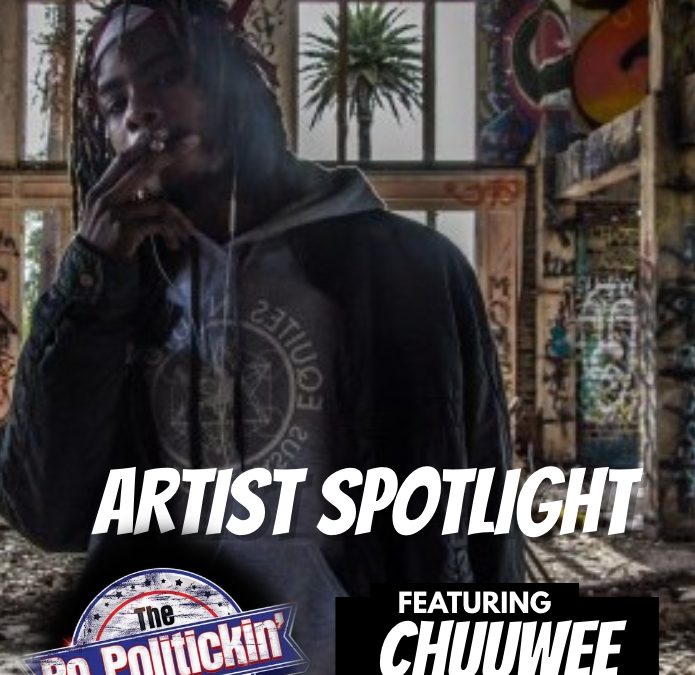 In this episode of PoPolitickin, we politick with Sacramento, CA hip hop artist Chuuwee.

Dionte Chuuwee Hunter, Born in San Antonio,Texas, Chuuwee has been rapping for eight years. Influenced by his mother and many great mc’s like Jay-Z, Outkast, UGK, and more Chuuwee blends the borders of underground, back pack hip hop and mainstream rap. During the first years of his career people tried discouraging him by saying music wasn’t for him. Negativity hasn’t slowed him a bit, doing shows opening for Mistah Fab, Rakim and Rymefest in Los Angeles, California if only fueling his fire. Chuuwee is becoming a well-known talent throughout Northern California. Between his love of writing, recording and releasing music, Chuuwee also enjoys to sharing his thoughts and seeing how people react to his ideas. He also likes performing and was told, If your live performance isn’t any good then your music wont matter at all. https://genius.com/artists/Chuuwee