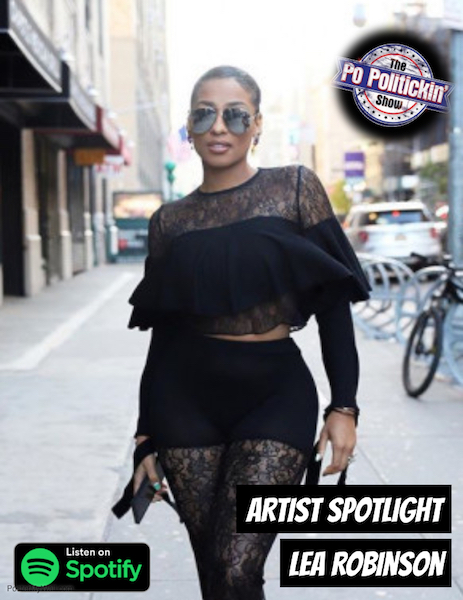 In this episode of PoPolitickin, we politick with LeA Robinson. Affectionately known as the Granddaughter of hip-hop, LeAnetta Robinson (a.k.a. LeA) is the granddaughter of musical legend Sylvia Robinson, founder of Sugarhill Records. With years of influence by her family’s music, it was only a matter of time before she decided to enter into the music scene herself. LeA is an outgoing, ambitious, and eccentric singer, songwriter and dancer whom has performed at events such as NBA basketball games to The Waldorf Astoria to the United Nations International Year of Youth Conference. She is also passionate about giving back and at the age of 16, LeA partnered with the charity organization Comedy Cures and also became an Ambassador for the United Nations. Constantly inspired by her mother and grandmother to not only be a better artist, but to also be a better woman, LeA finds it fulfilling to share her stories with the world in a three-minute song. Planning to make her mark by staying true to God and her purpose, LeA is currently recording a much-anticipated EP, entitled S.A.Y. (Songs About You).