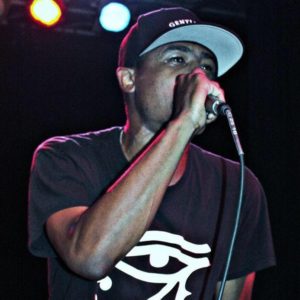 In this episode of PoPolitickin, we politick with Malcolm DeWayne.

Malcolm DeWayne, formerly known as Mac L was born in Nashville, TN. Heavily influenced by the lyrical elements of 90s Hip­ Hop artists such as Jadakiss, Nas, and A Tribe Called Quest as well as the aggressive social consciousness of Ice Cube and Ludacris, Mac developed a love for music at a young ageIn 2010, after opening up for the GZA/Genius of the world renown Wu­Tang Clan, Malcolm obtained his bachelor of science degree in Recording Industry Management with a Music Business concentration from Middle Tennessee State University. A year later, he changed his name to Mac L before releasing the critically acclaimed “Raw Material”. In 2012, Mac became nominated for a Nashville Independent Music Award for Hip­Hop performer of the year. His momentum continued the build as he threw the industry on its heels again, changing his stage name to his government name, Malcolm DeWayne, shortly after being listed as one of allhiphop.com’s top 50 underground Hip­ Hop artists of 2012. His sound is often characterized as an old school East coast soul with a progressive vibe, always striving to be a better lyricist and more complete artist. He breaks away from the negative stereotypes that plague the Hip­Hop community of today and uses his magnetic stage presence to deliver powerful messages. With new music on the way, he aims to continue his path to greatness.