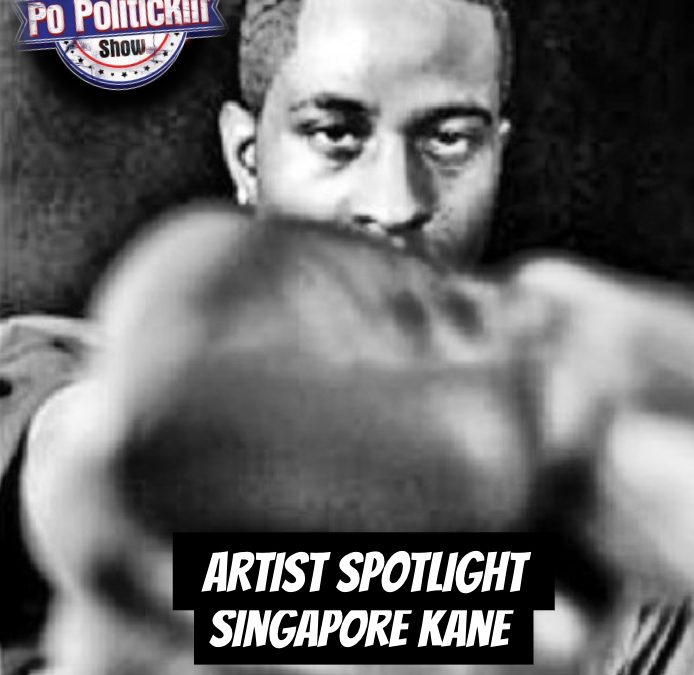 In this episode, we politick with Singapore Kane. A rapid rising rap star hailing from Boston, Massachusetts. Singa is of Jamaican decent his father is a Legendary Boston reggae artist,so Singapore was introduced to Music at a early age . Kane started his journey in the fourth grade,when he discovered his ability to write poetry and progressed from the there.Kane holds his own when it comes to the Rap game.Whether spitting on topics regarding the streets or world politics, his rhymes leave you with plenty to envision and contemplate . Singa explains it best, “You don’t hear my lyrics, you see em.” A list of his musical influences consist of artist like,NAS,KRS-1, N.W.A. and BIG DADDY KANE ,RHAKIM and few others.”A protégé of Boston legend and Gang Starr affiliate Big Shug, Mattapans. Singapore Kane might have the smoothest flow in hip-hop. No bullshit.

With production from beat kings including DJ Premier and a cross-section of the Boston scene (Singapore plays both sides of the pavement street and underground), his debut full-length should prove that.All too often rap monikers seem entirely arbitrary to the actual content of the music that follows. Ruthlessly bucking this trend of empty promises is Singapore Kane, whose aggressively crisp delivery swats the versatile array of beats featured on his fifth solo project, Wrath of Kane.