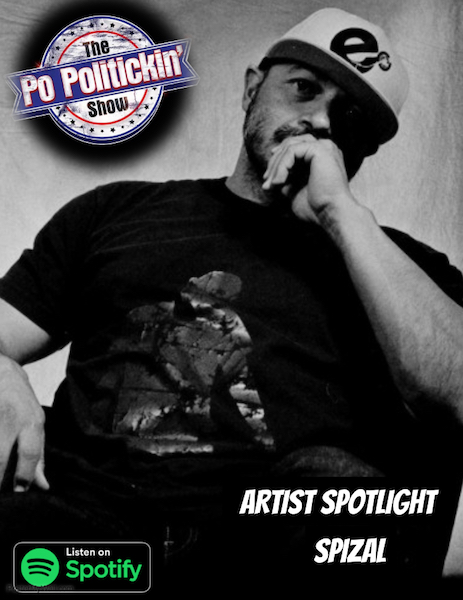 In this episode of PoPolitickin, we politick with Spizal. Spizal’s has been banging beats since 1986 releasing his first joint venture in 1990 entitled Tales From the Hard Side when he was the DJ in Just Hard. Through the years Spizal has sharpened his beat game, rhyming skills, and producing working with MC’s from New Mexico, California, and New York. For the past two years Spizal has exclusively worked with Murkx on his debut project Forget What You Heard. Spizal produced the entire project, directed, shot, and edited all the videos. He is currently working on a new project featuring Murkx and other MC’s taking his music production to another level and touching on multiple subjects including the politically hostile environment we are living in.