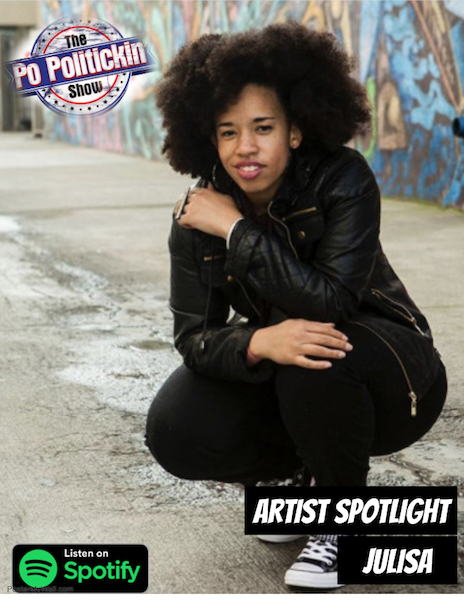 In this episode of PoPolitickin, we politick with Julisa.

Julisa is the spirt of enlightenment and the embodiment of human warmth, with a voice as soulful as Lauryn Hill and a flow as effortless as Missy Elliott. Julisa was dubbed “The Female J. Cole,” but if we’re being honest, she’s a phenomena, entirely unlike any one particular contemporary or past artist. Embracing her social intuitive knowledge and her ability to let loose going from songs such as Nappy Thoughts to Thick Girls she retains a versatility unlike any other. Julisa has had her music featured on Ball in the Family and her musical prowess is all in the family; her grandfather drummed had the opportunity to drum for Duke Ellington before he became a household name and it’s safe to say that strong rhythm finesse has been passed down to Julisa, who is sure to become a household name soon. Visit Julisa’s media company at http://julisamedia.com/