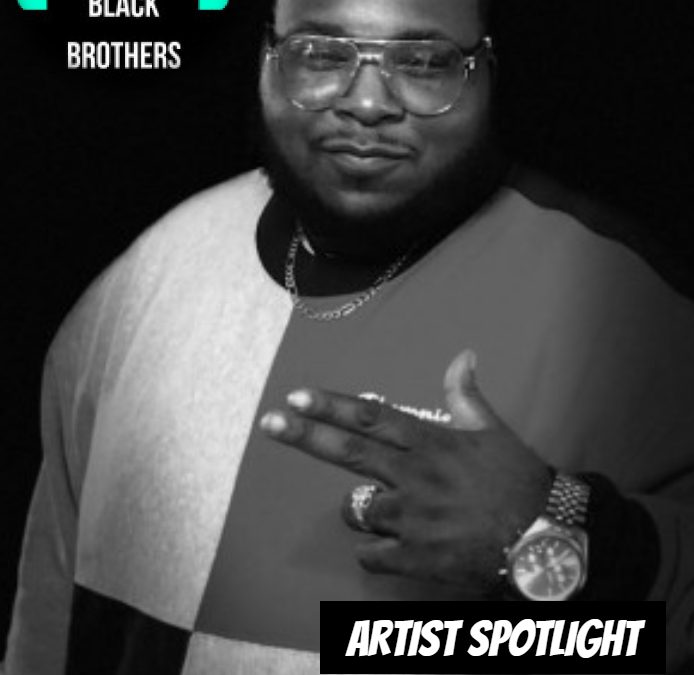 In this special Valentines Day edition of “Just 2 Black Brothers” we are joined by Columbus, MS R&B singer/songwriter Teddy B. With a unique blend of traditional and soulful R&B, Teddy B is ready to change the R&B game. Born in Columbus, MS, Teddy knew that when he found his love for music he was destined for greatness. He started his R&B career at the age of 16 with producer/friend Xavier Fairley Jr. “Professor X”. He also teamed up with his brother, Robert Jefferson “BeRobb” from Memphis, TN and realized he had a sound like no other. Together they recorded Teddy B first’s album with songs that included Just the Way it Is, Illusional, and Shopping Spree. A well-seasoned stage artist, Teddy B has performed alongside may artists including many Southern Soul Blues artists, Calvin Richardson, Avant, R. Kelly, and Jagged Edge just to name a few. Teddy B has been featured on many platforms such as the Columbus, MS Mayor Christmas Gala, 7 th Avenue Heritage Festival, Juneteenth Festival, and many others from state to state. Now as a solo artist, Teddy brings a unique style of smooth, soulful swag unlike anything you have ever heard. He writes feel good music as well as love ballads spreading his love to the masses. Influenced by Sam Cooke, Isley Brothers, Tank, Jodeci, and H-Town, Teddy wants to bring real R&B back when songs had a message and not just a tune. His smooth personality brings an intoxicating stage presence which fits well with his innovative and refreshing sound. Teddy B is the proud owner of Hitz Factor Productions LLC, which he released his first solo album, The Velvet Teddy Bear. Say hello to the new prince of R&B—Teddy B.

Listen to “Just 2 Black Brothers feat Teddy B” on Spreaker.
Share it: