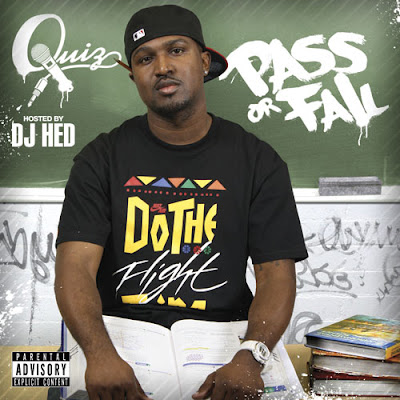 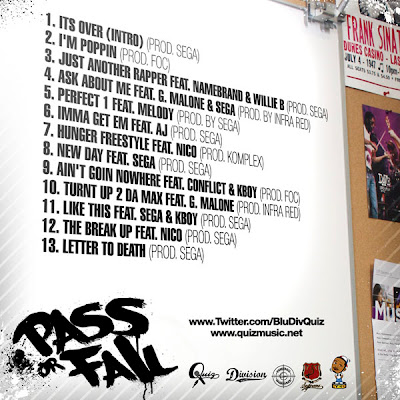 If you’re looking for some of the best rap talent in Los Angeles, Blu Division Music – the imprint of Cash Money/Hoo Bangin’ artist Glasses Malone – is like a one stop shop. The crew is home to a diverse range of LA’s best, including rising rapper Quiz.


Quiz has been perfecting his craft for years through several notable guest spots on Glasses Malone releases (The Electric Chair, Monsters Ink) as well as other compilations. As his popularity continues to grow, he’s released a solo project to showcase his skills.

His latest release is a new mixtape called “Pass or Fail” that is hosted by DJ Hed and features 14 tracks of new music with features from fellow Blu Division artists Glasses Malone, K-Boy, Conflict and more along with production from Sega, FOC, Komplex and Infra Red.