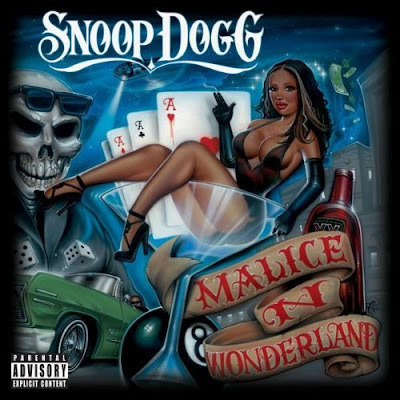 You can love him or hate him, but one thing is for certain when talking about Snoop Dog. He knows how to stay relevant.

Since his debut in the early nineties as a member of the legendary Death Row records, Snoop made a name for himself with through his nasally flow, dynamic lyrical ability and entertaining persona. Whether its movies or CDs, Snoop has maintained a presence in the hip-hop world.

Snoop takes a break from playing his usual roles (Pimp, reincarnated pimp or gangster) as he has many times before in films to play a super-hero for his new role and project.

A combination of Thriller, Sin City and Crush Groove, “Malice in Wonderland” showcases Snoops . Starring as Malice an anti-hero who lives in the dark underground of the city of “Wonderland” his Nemesis Caine (played by Hawthorne James of ‘5 Heartbeats Fame’”) Caine has taken over the city, running on a platform of ‘change’” Part of this change is removing Malice from the city.

When it looks like Caine and his followers would take over the city, Malice goes into action, partnering up with a slew of hip-hop and mainstream stars like Soulja Boy Tell’em, Michael Coylar, Jaimie Foxx, Diplo, Xzibit, Dj Quick and more to fight the take over.

The movie plays out as smoothly as its accompanying soundtrack “More Malice” does. Songs like “Pronto” featuring Soulja Boy and “Up-Side-Down” ft. Nippsey Hussle and Problem adds humor to the movie while “I Wanna Rock” ft. cameos by Jaimie Foxx and others

Snoop Dog doesn’t need a fountain of youth in order to stay alive in this world of Mp3’s and Itunes as long as he continues to out think his opponents. “Malice in Wonderland” is another trick that this old dog has mastered.