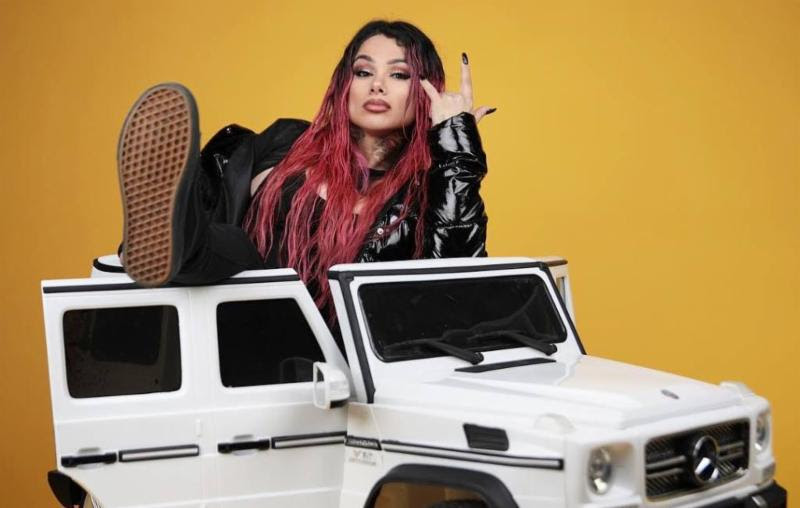 Los Angeles, CA — Innovative artist Snow Tha Product celebrated the New Year with the release of her indie collaborative VibeHigher project, which landed at #5 on Billboard’s Heatseekers Chart and #49 on the Indie Album Chart in its first week. The exciting lyricist stormed New York with promo, sharing her journey from major label status to head of her own ship with The Breakfast Club, Sway In The Morning, XXL and more.
Snow has now unveiled the dates for her upcoming 30-city Goin Off Tour, which will begin May 1 in Chico, California, running throughout the Pacific NW, Midwest and Southwest, and will end June 15 in Santa Ana. Additionally, Snow has also revealed her plans to release Balloons Don’t Fly In The Rain, her first independent solo project since leaving Atlantic Records in 2018.
For the Goin Off Tour, Snow will visit iconic venues like The Showbox in Seattle, Boulder’s Fox Theatre, Chicago’s Avondale Music Hall, and Houston’s Warehouse Live, among others. Each date will include an opportunity for fans to upgrade their advance tickets for a VIP Meet & Greet experience with Snow and the whole Product Entertainment roster: Castro Escobar, Jandro, AJ Hernz and Lex The Great. Signed copies of the VibeHigher CD along with new merchandise from Snow’s popular VibeHigher, Woke and EverydayDays lines will be available at each stop as well.
“This is going to be the best tour yet,” Snow asserts. “We have a lot of exciting new music to share, and of course we’ll be performing all of the fan favorites. If you’ve been to a show before, then you know you can expect for anything and everything to happen!”
This week, Snow unleashed the new visual for “Bilingue”, a stand-alone single for the fans to enjoy. She also is putting the final touches on her upcoming solo album Balloons Don’t Fly In The Rain. This project will include some of her most creative and insightful work to date, and will deliver the true raw lyricism, juxtaposed with soulfully melodic flows that Snow has become known for.
Flying solo is a breeze for the multi-faceted entrepreneur, as she has maintained her own team and production warehouse, even while signed to a major deal. “Being independent is a state of mind for me,” Snow explains. “Atlantic Records did some great things for my career, and my own team is solid, so I’ve grown from all of my experiences. Entering this side of the business as an indie, I have the confidence to flex more of my own ideas, and implement plans to go places I’ve always wanted to go.”
Aside from her tour, album, and growing streetwear empire, Snow has been enjoying success with her EverydayDays YouTube vlog, alongside co-host and real life girlfriend JuJu. With over 6.2 million views in just three months, the channel follows the duo’s crazy antics and hilarious family interactions. Snow also has more appearances planned for 2019, including the world-renowned Dinah festival in early April alongside Leikeli47, Daya, and Kodie Shane; as well as other festivals and pride events.
Click here for the Goin Off Tour and VIP tickets: https://snow.fanlink.to/goinofftour