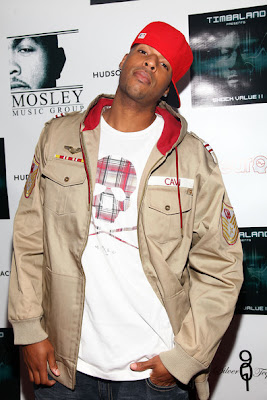 Rapper and actor, Hayes has released a new street album that has taken the industry by storm, entitled “The First 48”. The Detroit emcee has the backing of both Timbaland and Dr. Dre, after being co-signed to both Aftermath Entertainment and Mosley Music Group, as well as Interscope.

The First 48 features over twenty five tracks consisting of mostly original production, from producers such as Timbaland, The Breakfast Club, and more. Hayes new street album follows two other successful street albums/mixtapes 24 Songs Of Power and Who Da Fuck Is Hayes.

Timbaland revealed to MTV that he is excited about the prospect of working with Hayes, saying: “I think people are gonna wanna know about [him]. Me and Dre just signed him, this guy named Hayes from Detroit.. Incredible storyteller. Incredible. Reminds me of how Notorious B.I.G. tells his stories.”

Hayes is currently touring with Timbaland on his Shock Value II tour, and has been writing for the anticipated “Detox” album by Dr. Dre.