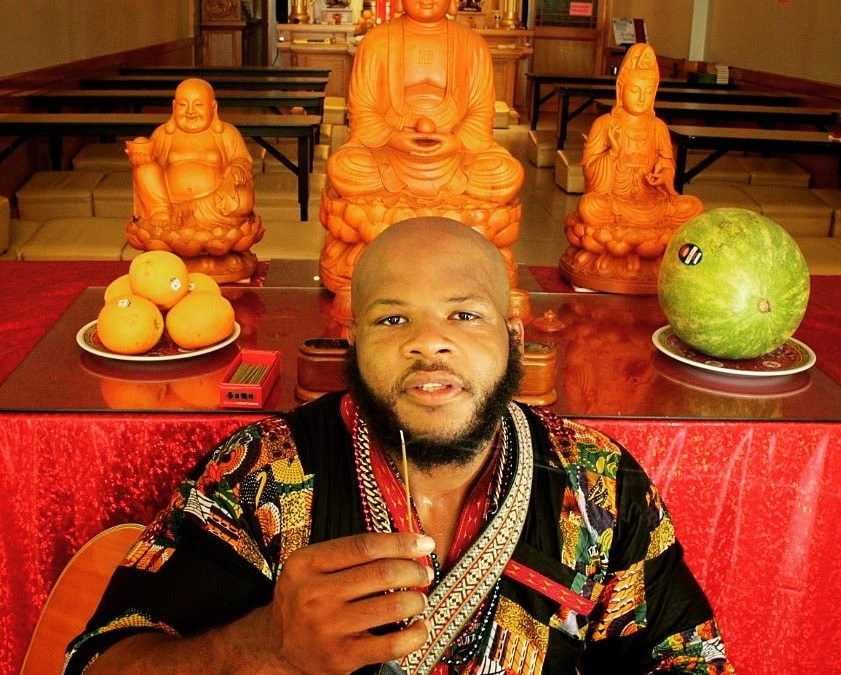 Brooklyn rapper Ace Burns present the music video for “Black Berry Whine”, Ace’s self-produced “ode to my Beautiful Black Queens” featuring P5yckonomixxx. The track appears on Half-Caste: The EP (Spotify), which also features guest appearances from old school heavyweights the World’s Famous Supreme Team as well as D.A.M.Y., YokeeGilla, Femi Nuga, Muyiwa Frank, Brain Rapper, Cassius King, Iam_danger and Bligen. Drawn to activism in the wake of George Floyd’s death, Ace gained notoriety via a Fox News interview (article) which led to a terrorism charge, which he is currently fighting in court. “My father’s origin is Nigerian from Calabar,” Ace explains. “My grandfather is chief of the Esuk Atu people in Cross River, an Efik tribe. By contrast, my mother is African-American and I was born in Brooklyn. Not being considered full Nigerian in Nigeria, even though I’m a prince, and not being considered an American in America, even though my family goes back five generations, is why I call my first album Half-Caste.” Half-Caste is out now on Koinda Records.