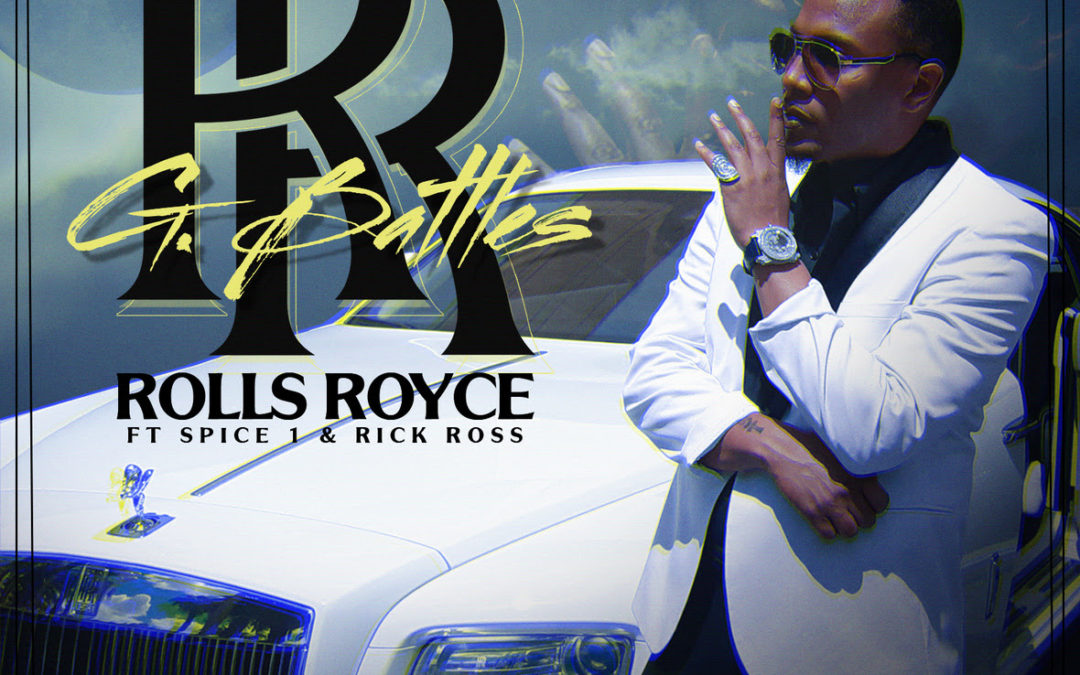 San Diego-born, Oakland-bred rapper G. Battles presents the Rick The Director-directed music video for “Rolls Royce”, featuring Rick Ross and Spice 1, which will appear on Battles’ forthcoming album First Draft Pick, set for release on his BlakHartMusic imprint. Produced by Khyrs Hollywood, “Rolls Royce” follows on the heels of Battles’ clips for “Roll Some Bomb” (Youtube), “Fidel Castro” (Youtube) and “Dogg Star” (Youtube). “Down 4 Whatever” landed a spot on Snoop Dogg’s Soundcloud playlist (Soundcloud). Now residing in Las Vegas, his music has been licensed for television shows on FOX and Showtime; on The Pitch, Shameless and in the film The Hot Flashes. Battles’ single “Night Of Your Life” was recently featured on the CBS TV show “The Good Fight!” and Battles also made a quick appearance in Straight Outta Compton. Battles says he wrote his new single “because it was always a dream of mine to have a Rolls. Coming up in poverty, my only aspiration was to become successful so I would never want for anything. This song was written to manifest greatness in my own life and to show others that they can do the same thing too.”