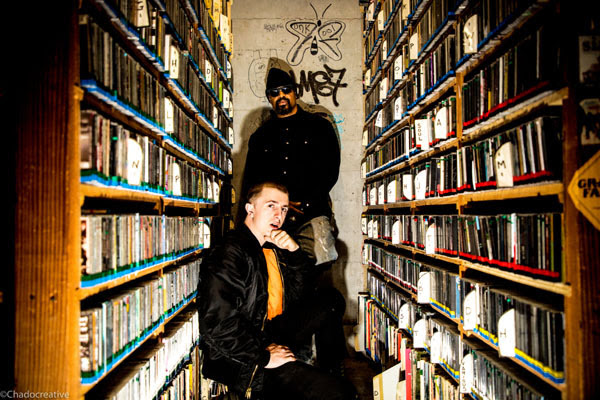 Mic Crenshaw and Kool Chief Rocker are LOAD B (Last Of A Dying Breed), presenting the Das Leune-directed music video for “Heavy Bag”, the new single from their forthcoming album Brink Of Distinction. “Heavy Bag” is the second of two singles produced by Theory Hazit (watch the music video for “Sunlight”), both of which will appear on BOD alongside production from DJ Klavical, DJ Wicked, Prince Elwood Strickland and Trox. Award-winning poet and spoken word artist Kool Chief Rocker was one of three people stabbed in a 2017 hate crime on Portland public transit in which two men died when Rocker came to the defense of two women of color, one of whom was wearing a hijab. Micah was stabbed in the neck but survived. Chicago-born poet and emcee Mic moved to Portland after founding Anti-Racist Action, making him a lead figure in street wars between neo-Nazi skinheads and anti-racist youth in the Midwest in the 80’s and 90’s. Leading bands like Hungry Mob and Suckapunch before establishing his solo career, Crenshaw was 2001’s Portland Poetry Slam Grand Slam Champion, a National Poetry Slam finalist, and was voted Portland’s Best Hip Hop Artist by Willamette Week in 2016. Mic co-founded GlobalFam, a non-profit project to create and maintain a computer center for disadvantaged youth in Burundi. Over 400 people have received free training. Mic also partnered with Education WithOut Borders (EWOB), which supports education, music and art initiatives in Portland and beyond and serves as an umbrella for the local Books For Prisoners chapter and GlobalFam itself. Mic’s last solo release was Earthbound (miccrenshaw.com). “This song and video are about reconciling contradictions,” Crenshaw says. “We aim high but still have to navigate our environments.” Brink Of Distinction is set for a summer release.