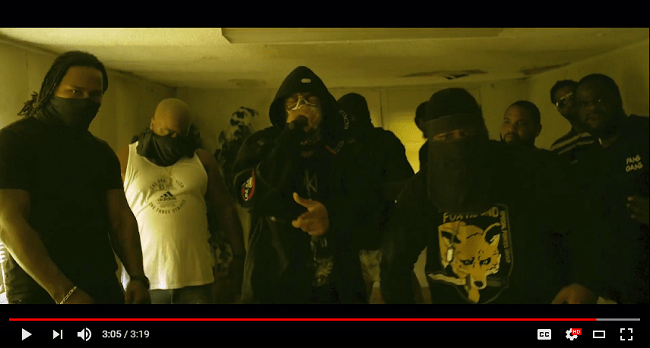 Born and raised in one of the strongholds of the culture Brooklyn NY, the now Raleigh NC based rhyme arsonist Precyce Politix [of Stallone & Weathers] is standing on the shoulders of giants in both those locations, with comparisons already being made to early Jay Z. Precyce Politix is set to show the world exactly who he is with his latest collaboration project “DRUG-POLITIX” with the Grammy nominated D.R.U.G.S Beats [50 Cent, Ludacris, Dr. Dre]. The lead ‘self-directed’ visual from that LP “To The Giants” [co-directed by Dan Lewin] is a nod to rock group Slipknot’s ‘Duality’ video, but look for nothing less than some classic boom-bap, supreme lyrical acrobatics, wordplay and his signature raspy voiced delivery.