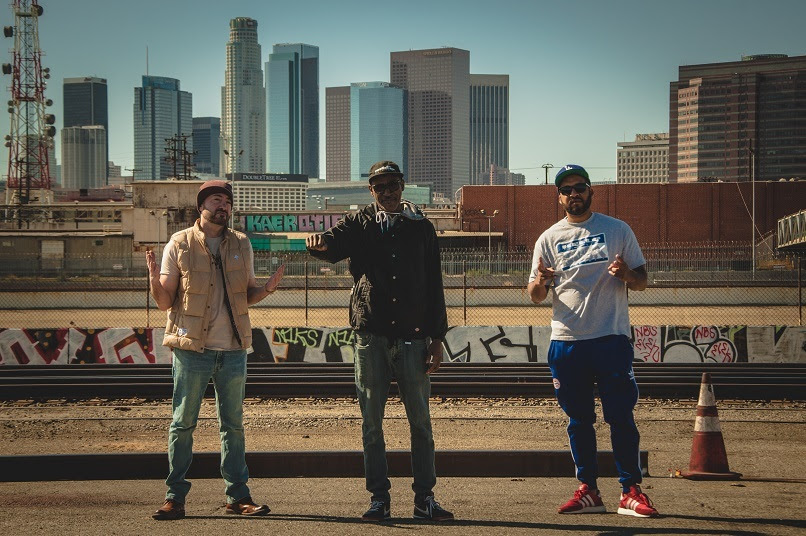 Eso Tre and Subz are L.A. duo Substance Abuse, presenting the RCKLSS ABNDN-directed music video for the Waes One and Philm One-produced single “Bridges”, featuring Aceyalone of Freestyle Fellowship. Former URB Next 100 picks, their 2006 album Overproof (Bandcamp) featured MF DOOM, Saafir, P.E.A.C.E., Kool Keith, Motion Man, Kutmasta Kurt and Rasco, while 2012’s Background Music (Spotify) featured Myka Nyne (watch the “Paper Tigers” music video), Tash of Tha Alkaholiks, KRS-One, MC Eiht and Percee P. Aceyalone is a founding member of Freestyle Fellowship, a collective that brought an improvisational focus to the Los Angeles underground hip-hop scene in the 1990s. “Subz came up with the idea for ‘Bridges’ because he felt we needed to do a song about unity in these increasingly divisive times we’re in,” Eso says. “We couldn’t think of a better emcee than Aceyalone to bring on board, as he has a special talent for creating dope songs built off of a single metaphor. Our goal was to create something in the tradition of our heroes The Native Tongues, a track that was jazzy, positive, and upbeat but with a message that the modern audiences could relate to.”