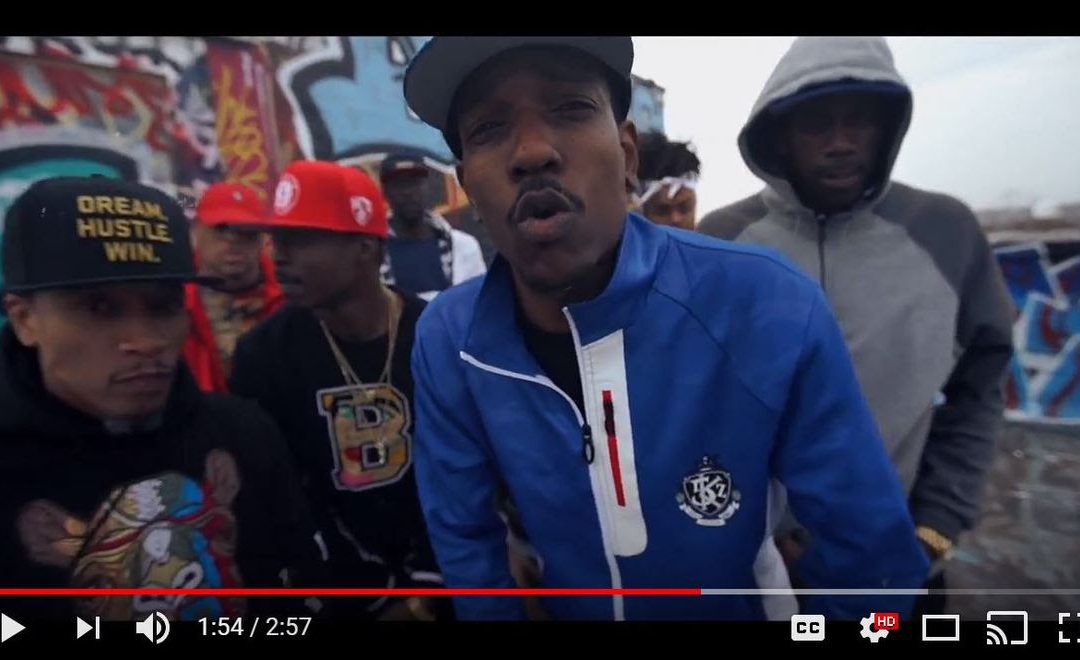 Flatbush, Brooklyn native VVS Verbal presents the music video for “Grind”, his new single featuring General Steele of Smif-N-Wessun and produced by Burlington, Vermont-based producer Es-K, who produces the entirety of Rebirth Of The Slickest, VVS’ new album out now on Bucktown USA. The video was directed by longtime visual collaborator Shot By Cisco, and scratches were provided by Crusty Cuts. Rebirth Of The Slickest also features Buckshot of Black Moon, Sadat X of Brand Nubian, Amelia Wilcox, Ruste Juxx, Guappy, Boone Bixby, Craig G, Grand Daddy I.U. and fellow Backblock member Louie Skaggs, who first introduced VVS to General Steele, spawning a long-term musical partnership that led to several collabs and culminated in the 2016 Bucktown USA release Building Bridges, which featured VVS heavily and was also produced by Es-K. As one half of Smif-N-Wessun, General Steele crashed the hip-hop scene in the 1990s with their debut album Dah Shinin’ (named a Top 100 Album Of All Time by The Source and a Top 50 Debut Album Of All Time by Complex). Their last release – 2011’s Monumental – was produced by Pete Rock, and Steele has also collaborated with Tupac Shakur, Mary J Blige, 50 Cent, Raekwon and Bounty Killer. Es-K may be best known for his 2014 album Serenity (listen) as well as his Spontaneous Grooves beat tape series, where every beat on each tape was made in one sitting each. Bucktown USA is a multi-media company General Steele created in 2004 alongside partner Cynical Smith, with digital distribution through Duck Down. “‘On the grind now today for a better tomorrow’ has been my motto and a way of life for me for some years now, so it was only right to do a record about the grind,” VVS says. “Getting my big bro General Steele on this record was a no-brainer. I was striving to bring that fresh, vibrant Golden Era feel that’s been missing from the game back. This is what I call uplifting inspirational music for the people. You can play this album for everyone from the age eight to age eighty. I want to thank Es-K, General Steele, Cynical Smith, the fans worldwide and everyone who helped make this album possible.”