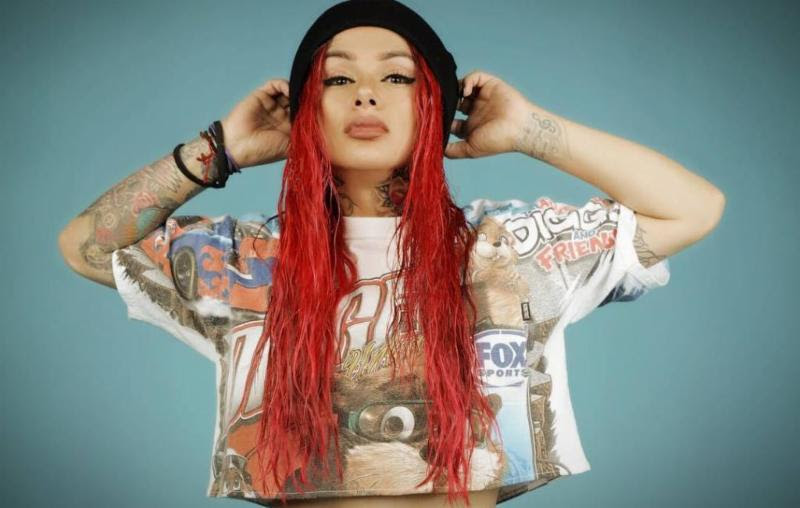 Multi-talented artist / songwriter / actress Snow Tha Product denounces disloyalty and tells all comers to keep that same energy in her powerful new short film format visual for “Faith”, which features Castro Escobar over heart-pounding production from DJ Pumba. Although Snow’s in-house Woke Productions team has filmed many of her videos over the years, “Faith” marks the first visual to be officially released via the young entrepreneur’s own Product Entertainment as a fully independent artist.

Since recently attaining freedom from her long-standing contract with Atlantic Records, Snow Tha Product already has the wheels in motion with her own brands. In addition to growing her popular Woke Apparel line, Snow launched Vibe Higher in 2017 with fan-favorite merchandise and multiple headlining tours. She gained mainstream attention in the past year for her recurring role on USA Network’s hit series Queen of the South over two of the show’s three seasons.

After making waves at Denver, Colorado’s Grandoozy Festival in September alongside the likes of Kendrick Lamar, 6lack and Miguel, she revisited the state for her own sold-out Vibe Higher Tour five-city run in early December. Snow will end the year with an assuredly memorable concert in Sacramento on December 21, as she unveils her newest solo project VIBEHIGHER to the world on all major music platforms. The ever-consummate CEO, Snow is developing artists Jandro, AJ Hernz and Castro Escobar for releases on Product Entertainment, and there will be a Vibe Higher collaborative project coming in the new year as well.

The team launched vlog channel EverydayDays on YouTube this month, bringing back the hilarious energy of WokeTV’s crazy Woke Wednesday segments, and amassed over 1.3 million views in less than two weeks. In coming months, fans can also anticipate more creative brand partnerships from Snow, including her sneaker collaboration with K-Swiss.
With the “Faith” video, Snow Tha Product delivers a frenetic lyrical smackdown to all those who have slept on her talent, or even turned against her throughout her journey. But “Faith” isn’t about rage; it is a fiery declaration of independence, solace, and motivation.

“I wrote this song when I was at my lowest point,” Snow asserts. “All i could do was ask for faith, strength and help from my team. It’s been time for me to go harder than ever, and time for my team to do the same. They have all stepped up, and we are ready for a new chapter.”