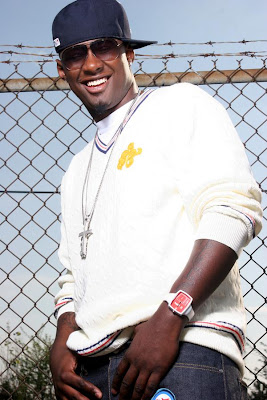 Lets be honest, R&B is hurting right now. R&B has become a watered down version of its former self as more artists lean towards hip-hop collabo’s. Very few acts today rely on vocals and lyrics making you wonder, “are there still acts who sing, with soul?”

Wonder no longer. Atlanta native Myko has staked his claim as one of the few artists who understand what R&B means and strives to give that true soul sound to the world. Like so many other great R&B acts Myko found his voice while singing in church. After finding his voice, he hit the open mic’s and showcases through out the “A” building a name as a star on the rise.

Myko talked with Popolitickin.com about how he got into performing, how he feels about the current R&B scene.

Popolitickin.com: When did you know that this would be your career?

Myko: Participating in church and choir, I knew I would do this in my life early. Music was always in my household. Music was always part of my life. My father was a deacon in church. He was like, “I’m not going to tell you what to do” He would play groups like the Stylistics and acts like that to se how I would react to it. That was the music I ended up leaning towards. God is still part of my life.

Popolitickin.com: Describe your style for those who haven’t heard you yet.

Myko: My style is very edge. I’m kind of like the early R&B. I might belt out a smooth accapella just to show that I can really sing. I feel like you have to give fans something to make them remember and when you come out and show you can sing, they walk away remembering that.

Popolitickin.com: I know you are signed to SRC right now.

Myko: We have a situation with SRC/Universal right now. Currently we have Interscope and Jive looking at us. It’s always about trying to find a better situation for yourself. We started out with a good deal and now we’re working to see if we could find a better one. Let my work speak for itself, I’m going to grind 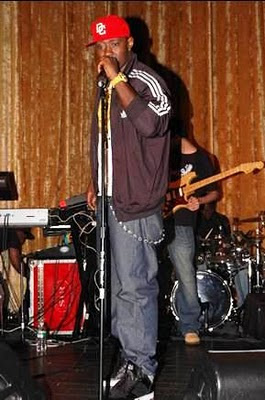 Popoliticikin.com: You made a name for yourself performing open mics in Atlanta and you still perform at most of those same open mics. Do you feel it’s necessary for you to still go out and just rock any stage that’s open for you?

Myko: I feel like you have to. Until you drop an album you have to stay relevant. There are people who gave me a chance when I was still coming up and if they asked me to come out I would with no question. People like P. Brown, Tony Neal; they showed a lot of love for me early so if they ever called up and asked me to come out for a showcase then they got me.

Popolitickin.com: Who are some of your inspirations?

Myko: My father brought music into my life at an early age. I still hear him in my ear. That’s my number 1 inspiration. Behind that, Donnie Hathaway and Minnie Ripperton. I feel like he never got his just due.

Popolitickin.com: Do you feel like R&B is dying musically?

Myko: I don’t want to say that. People have grown, things are going to change. We will get back to the day. I’m not upset with auto-tune. That’s the way of the world. Things change all the time. If everything was the same, then it would be very boring.

I’m more R&B. It’s hard to put R&B into a box because you can hear so many different styles. There’s some R&B that’s really pop. I do the things that I feel. I’m still singing. Trey Songz, Usher, Musiq, they are still singing.

Popolitickin.com: So what’s next for you?

Myko: We just dropped the mixtape “Pardon the Interruption” I got more product. Release a new single. Were testing the market. Dabbling in writing for others. I went out to the Grammys and got a chance to network with some good people. Look forward to hearing some new sounds from me. Don’t be shocked if you hear my next single on 95.5 and not 107.5 (laughs)