Wane Enterprises CEO and New York artist Bruse Wane presents footage of his freestyle over “RIOC” during a live appearance on the Rap Is Outta Control show, hosted by DJ Eclipse on SIRIUSXM’s HipHopNation channel. This appearance comes on the heels of the release of Earl Manigault Of Rap, his new album featuring the late Sean Price and Chris Rivers (listen to “Venom”). Bruse also recently released the music video for EMOR single “Yuu” (watch). Bruse previously collaborated with the Price (watch the music video for “Beast Inside”) and Keith Murray (listen to “Return Of The Spitters (RMX)” featuring Keith Murray and Fam-Illy). A native of the Bronxdale Houses Projects in the Soundview section of the Bronx, Bruse founded Wane Enterprises in 2001, hosting events featuring Styles P, Papoose, N.O.R.E, Buckshot and Remy Ma.

What kinds of different responses have you received from listeners regarding Earl Manigault Of Rap?

The responses have been great for the most part. I have had a lot of fans message me via social networks and say things like, “Yo Bruse every track is a banger.” Some of them will quote lines from the various songs. I’ve had fans tweet me lines from the skit intro for “Ol Head”, and “M.D.MA”…I had one guy tweet me saying “Yo Bruse we in the studio right now listen to ‘Venom’ – fire.” Hopefully I helped them step up their output in that studio session. I had a guy tweet me and say “thanks for using my father’s name for your album title” I was like Whoa… lawsuit…lol ..Things like that let me know that the music is resonating with people. That’s what keeps me motivated, and amped to pump out new material.

What do you think is the biggest obstacle facing young black teenagers today and why?

Self-worth and falling into the hands of the justice system, or should I say the injustice system. Another thing is keeping themselves out of scenarios that will cause interactions with gung ho cops. We also live in a society that overtly sends a message that black lives are less important in America. Self-worth is important. Self-esteem goes a long way, and we need to let these kids know their lives matter. I have a song on Earl Manigault Of Rap called “Stand Up”. It’s meant to be a motivational booster for these young kids out here.

Do you still believe in the concept of an album in an era where most people pick an album apart for songs and leave the rest?

Yeah. A lot of artists seem to be releasing more free mixtapes as opposed to albums nowadays. My art is worth something. Either you’re gonna buy it or you’re not. I’m not
gonna flood the market with lackluster free material just because. I still believe albums work even though the industry has become more single driven. Give the public an album with a minimum of six to seven bangers, and the people and the media will have to keep referring back to that project. I believe you still have people out there that want a full body of work with a concept and storyline glued together by dope music.

Do you freestyle and battle? What are your thoughts on freestyling and battling?

I do freestyle and I do come off the top with unwrittens for sport… you know to keep myself sharp. I do not consider myself a quote unquote battle rapper, but if you diss me on wax I’m coming for your jugular. I come from the era where rappers would get in a group and have ciphers. You spit then I spit and so forth. No referee, rounds and two dudes dissing each other mothers, and proclaiming how many times I can blow your head off for 90 minutes.

Who do you think is the most underrated rapper in hiphop (apart from yourself) and why?

If you’re talking a pioneer I would have to say KRS-One. The Teacher has been dropping the real for decades. Some of his lyrical work is really mind-blowing and ahead of its time. He touched on damn near every topic you can imagine. He is respected by the hardcore heads and the intellectuals on an unwavering basis. As far a new school cat I would say Sheek Louch from the LOX is a dope underrated street rapper. I think executes his punchlines with flawless and ferocious execution. Who knows, you may get a track with the Sheek and TheBatMan in the future….. 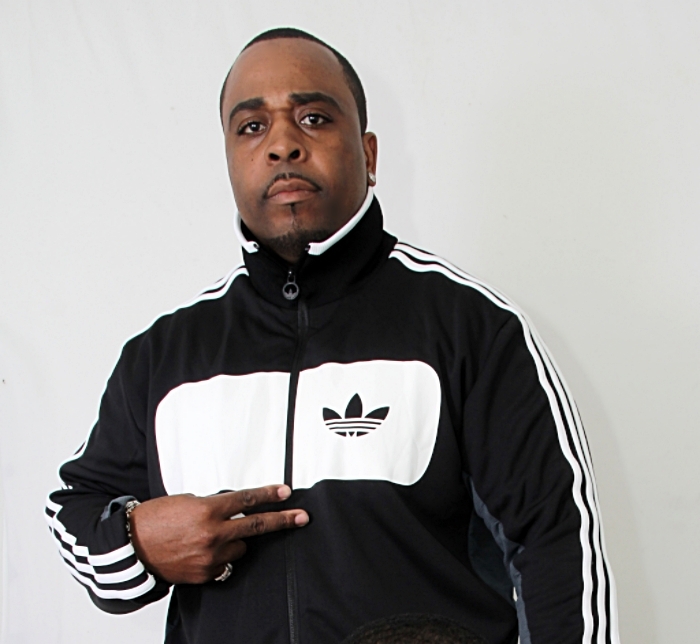