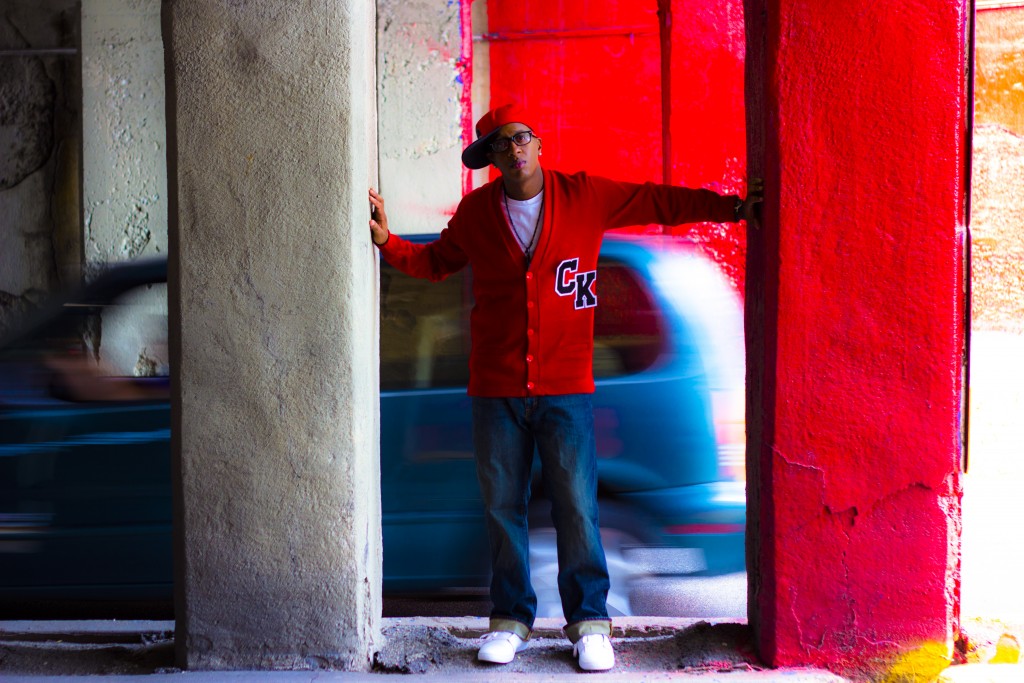 Southside Chicago rapper/producer CKG presents the self-directed music video for “Nicky Santoro”, his self-produced new single. SOHH.com put CKG on their top 20 True Grit/True Spit list in 2011, and won the Producers Choice Recipient for Hip-Hop Artist of the Year at the 19th Annual LA Music Awards. Also an actor, CKG has appeared in Empire and House Of Cards. Regarding “Nicky Santoro” CKG says “I was feeling Chicago needed a club/hood anthem. Joe Pesci is one of my favorite actors. He plays Nicky Santoro in Casino. Also, a lot of people don’t know the real Nicky Santoro is really from Chicago, so it all ties in. I wanted a song that sounded LIKE everything out there, but the lyrics actually MOCKING everything going on out there.”

What’s the number one thing you want people to know about CKG?

The main thing I want them to know about C.K.G, is he started out just like them, young, trusting people he shouldn’t have, etc. I’ve had record deals on the table, people praising me etc. Everything went downhill. I started from the bottom, prayed, worked hard and I’ve achieved things that most artists front about doing. I’ve learned that I could do things I’ve never thought I’d be able to. Point blank, you never know what you are capable of until you have to do them.

How did your career change after you won the LAMA award?

After I won the Los Angeles Music Award, a lot of things changed. People started to really pay attention to what I was doing. I learned how fake the industry is. There were times I’d emailed certain people songs, gave them away & they didn’t listen. After the award, they were like, “Awww man, where can I buy that song?!” It’s crazy. But at the end of the day, people started to really listen & I’ve been compared to some of the greats. But, with managers coming in & out, I maybe had, 3 in the last 9 years, I’ve learned communication is the key. Most people think because you have awards etc, you don’t have to work. No, this is a real job. They have to get out there and fight for you. It’s real work. That’s why most people quit. But, I love what the award did, it just put more pressure on me to do more. ”

What do you think it will take for you to blow in the industry?

I think with the way social media is, it’s just a matter of the right person speaking my name into existence. There aren’t too many big named producers, writers etc I don’t know. But if you know the “business” of the game, you would understand why my name isn’t brought up. I can’t be played. I’m not a new jack. I’m over a decade strong in the game. Underground King, The Don. I’ve been doing music on my own, since 2007. Mixtapes, shows, music licensing etc. I know my worth. My list of accolades is long. So, when certain people know they can’t jerk you, they tend not to lend a hand. Lol. But, it’s God’s time, not mind. Everything will happen in due time.

The strongest line I’ve ever written?! LOL. Wow. There are a lot of those. But, I’d have to say one that really sticks out to me, is from my song “Nicky Santoro”, I said, “I switched the flow, cause these A&R’s, man listen close / Didn’t care that I spit them banging bars, man listen close”. That was because, so many A&R’s, most if not ALL of them, have never written a song, sing, rap, produce , played an instrument or anything, shot down so much material I felt was dope, and when I so called “dumb it down” and do a “simple song” (one in which in the song I’m talking about how I’m doing it and why I’m doing it), they like it. But, still no one wants to green light my push. The industry is different now. No more artist development. It’s, “blow yourself up, then we will come in and take half”. Most people have a money man behind them. My whole life, I’ve invested in myself. No help. I wish I did have help, but it’s all been me. Whether working jobs, using royalties etc. I invest in my business because I believe in myself.

What’s a life motto you try to live by?

My life motto is, “No would’ve, could’ve, should’ve moments.” Meaning, I refuse to look back 20 years from now and say, “I wish I went all out”, or “I should’ve did this” or “I could’ve did that.” No regrets. Go hard or go home. Scared money don’t make no money. Hustle hard.