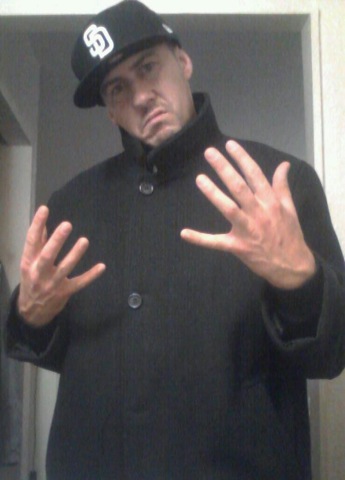 Welcome to another edition of Po Politickin. In this episode we politick San Diego producer/rapper Weshaven.

Weshaven was born in 1980 and grew up all over San Diego. His mother moved to
Portland Oregon in 1989 and during trips to visit her in his early teens he had chances
to run sound at some of the smaller gigs she was playing. With a love for music and
lyrics from an early age these live interactions with blues musicians really sparked a fire
inside him. He began writing around this time, but didnʼt take it seriously until his senior
year in high school. About a year later he attended a school in Los Angeles for sound
engineering. There he had an opportunity to learn on professional equipment and intern
in real studios recording many types of music.

Fast forward a decade or so. After engineering in multiple studios, playing some of the
biggest and smallest venues in Southern California, gaining and losing sponsorships,
opening for artists such as Redman, WC, Killah Priest, Ghostface Killah, Slick Rick and
many others as one half of The NUKL HEDZ, Weshaven is settled in at The Dungeon
Recording Studio in Carlsbad. With two solo projects of his own scheduled for release
before summer 2012 and producing artists under his own label teamed with P.O.R. it
looks to be a solid year.

With a string of charity events lined up for late spring through early fall Weshaven is
trying to give back to the community that created who he is today. The first is scheduled
for late May at the Belly Up Tavern in Solana Beach. This event will go to help Care
House for San Diegoʼs troubled and homeless youth, as well as selling T-Shirts to help
a local Vista family, The Peltierʼs, with an infant son set to undergo his second open
heart surgery before the age of 2. The estimates state over 2,000 children within San Diego alone are homeless. Under served youth statistics are much higher.

For more info on Care House, you can visit there web page at www.carehouseinfo.org
The shows are multi genre events, including DJ’s, Reggae, Rock and Hip Hop. The first
of which is hosted by Def Jam and Stand Up Revolution comic Tommy Chunn. With an
art show and auction of San Diego artists as well to include all walks of life in the
charity.

For more info on these events, or if you’d like to get involved email Weshaven at
weshaventha1@gmail.com or www.facebook.com/wes.haven