Can We See You: Invisible Man Media 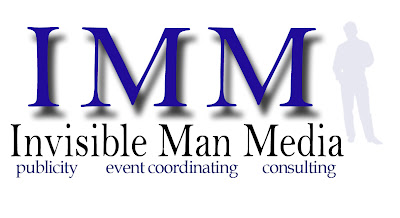 Things have changed. The music industry has moved more towards new media as traditional methods seem to be fading away. Bloggers have become as influential as Dj’s and A&R’s and fans, artists and label execs alike are starting to stand up and pay attention to the power of the internet.

Very few know how to really navigate the information super high-way like founder of Invisible Man Media, Mehka. The music editor of wordonthestreetsmag.com, Mehka has been a presence on the internet since 2003.

“In 03 I started my own website called lastwordonline.com. Back then, there we’re a lot of websites popping up but only a few of them were actually good. I hope lastwordonline.com was one of the few that were good,” jokes Mehka

Initially starting lastwordonline as a way to get his work known to the hip-hop world, it turned into something different as time went on. “At first, I used it like a monthly resume. My goal was to get into XXL and the Source, but I didn’t know how to get their attention. So I started to go get my own stories, interview artists and post them online. Before you knew it, I started getting attention from labels and artists, as well as magazines.”

Featuring hip-hop heavyweights like The Lox, Trina, Jim Jones, B.G., and more, Mehka began to build a reliable network of industry contacts. Before he knew it, he was one of the go to journalists in hip-hop. He would go on to pen stories for XXL, Slam, The Connex List, Rolling Out newspaper and has worked on projects for The Dirty Awards and Hip-Hop Film Festival.

But like everything else in hip-hop, evolving with the culture was necessary. “Now, everyone is online so its harder to get your work seen as a writer. Its like everyone has a blog. I realized that I had to do something else if I really wanted to stay in the industry.

In comes Invisible Man Media. Using his expertise in the new media he decided to build a publicity and marketing company that could assist labels major and indie labels build their buzz and brand their names and products using the internet.

“Our overall goal to make your name bigger without having to have a major label budget.”

Contact Mehka and Invisible Man Media at invisiblemanmgmt@gmail.com for any questions or inquiries and follow them at twitter.com/invisible media