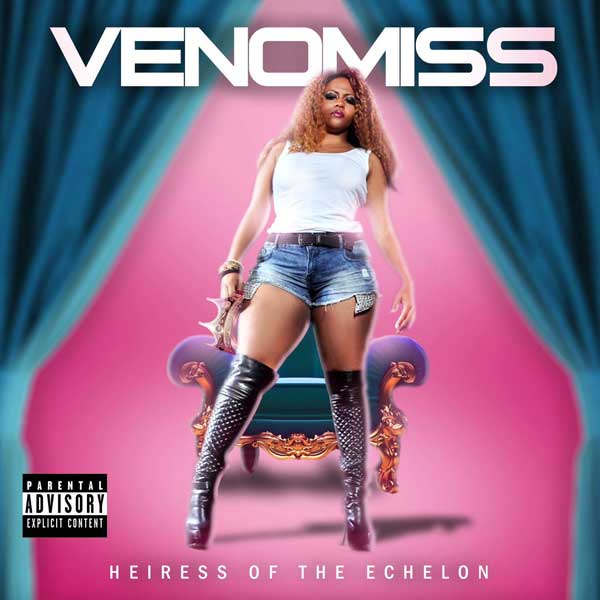 Female MC Venomiss brings us her debut album, Heiress of the Echelon! The much anticipated album has been receiving great reviews from listeners and DJs and contains the fan’s favorite single CLAP as well as some new favorite. Her witty lyricism and the high quality head-nodding production accentuate each other perfectly. Heiress of the Echelon is a refreshing change of pace from today’s market. This isn’t trap or pop, this is authentic Hip Hop and there is something for everyone to love on this album. Available now on iTunes, Google Play, Amazon, Apple Music, Tidal and Spotify.

#Listen To #Album on #Soundcloud @Itsvenomiss – Heiress of the Echelon – https://soundcloud.com/itsvenomiss/clap 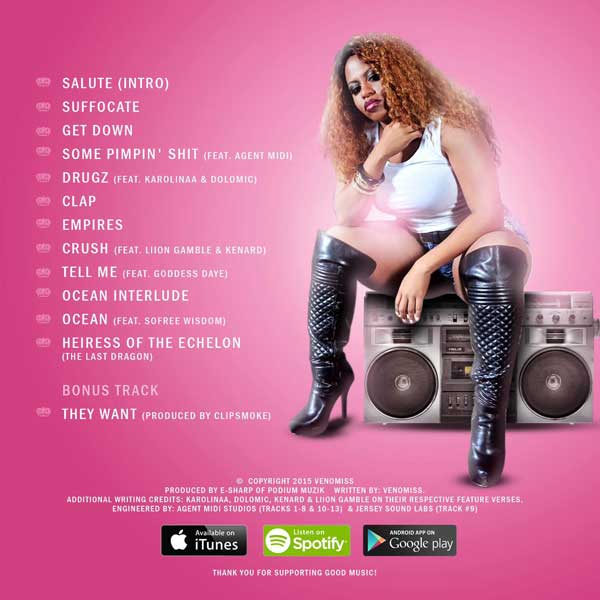 Bio
Female MC Venomiss is not only a creator of music but also a fan of Hip Hop. She was born in Newark New Jersey and raised throughout Orange, East Orange and Montclair, New Jersey. Her fascination with Hip Hop began at an early age of eight as her older cousins pursued a recording deal. By age 17, the young aspiring artist she was everywhere that Hip Hop was. In her late teens and college days, she found some success online with over 40,000 page views and 20,000 downloads of her music​ ​through popular sites like Myspace.com and MP3.com.

While working on music and promoting herself, she was approached about blog contribution for a hip hop site. She began writing for various hip hop sites and eventually some print publications as well. Venomiss currently writes for a few sites and magazines and promotes her own music. She also does performances up and down the East Coast.​ ​She most recently opened for​ ​fellow female rapper​ ​Princess of the group Crime Mob. She is nominated for a 2015 Underground Music Award out of NYC for a Best Female a Rapper of the Year.