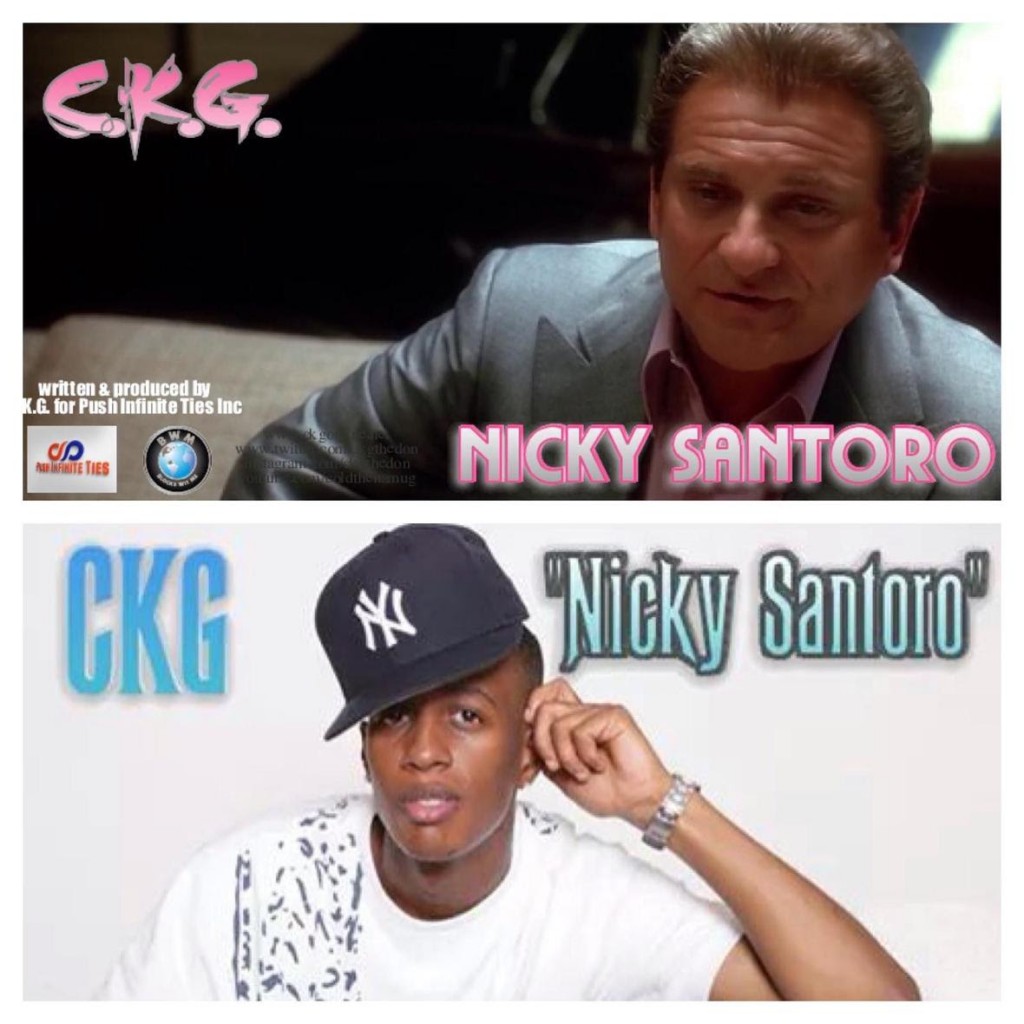 Southside Chicago rapper/producer CKG presents the self-directed music video for “Nicky Santoro”, his self-produced new single. SOHH.com put CKG on their top 20 True Grit/True Spit list in 2011, and won the Producers Choice Recipient for Hip-Hop Artist of the Year at the 19th Annual LA Music Awards. Also an actor, CKG has appeared in Empire and House Of Cards. Regarding “Nicky Santoro” CKG says “I was feeling Chicago needed a club/hood anthem. Joe Pesci is one of my favorite actors. He plays Nicky Santoro in Casino. Also, a lot of people don’t know the real Nicky Santoro is really from Chicago, so it all ties in. I wanted a song that sounded LIKE everything out there, but the lyrics actually MOCKING everything going on out there.”