California rapper and self-described “rap game Mark Twain” Monk Mandino presents the Holliwood Ten-directed music video for “F.L.I.M nroP” (read it backwards), produced by DamCold$. McNasty made his name as a battler on the GrindTime circuit (watch Monk McNizzle battle Dizaster) before releasing last year’s Full Metal Rapshet mixtape (stream on Youtube). In 2014 he released the “Eat Like A Player” videos which documented his one-week tour of impromptu performances in fast-food restaurants and supermarkets across California, and more recently “Security Guard Barz”, where he documents himself rapping through his late-night work shifts (watch both series on his Youtube page). His last album was 2014’s Monk McNizzle (listen). Monk Mandino is finalizing two EPs: You’re Gonna Write Us All Out Of Poverty Monk Mandino, and a collaboration with DamCold into a new genre the duo have dubbed Hawaii Bass. Both releases will drop on Oakland-based Drum Dealer Music. Regarding the new single, Monk says “I’m getting older. Chicks got kids, you know? It is what it is. Fun fact: I was on the drug they call molly when I wrote this.” 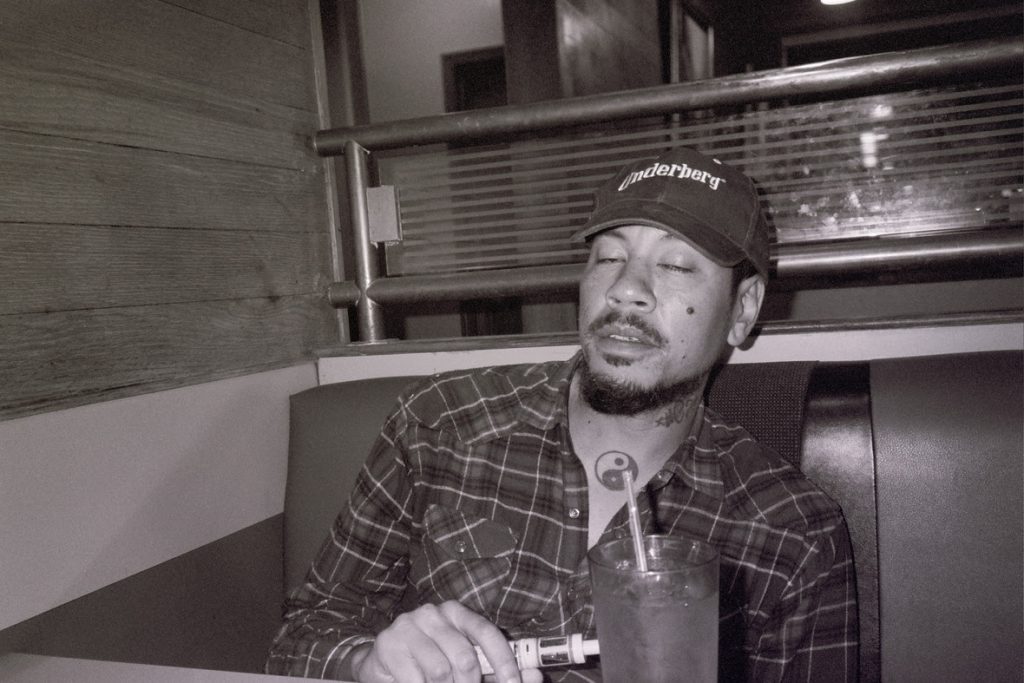